It’s been a little while — have you missed me? Sorry for the absence; I got caught up listening to Bull of Heaven album #310, so I haven’t had too much time to spend on you lovely folks lately. Plus, I think they appreciate me a little better over at Invisible Oranges. But I guess I’m back, and I’ve even got some older records to dig into in the coming weeks. Today’s album requires all of your attention, so I’ll cut this short – make sure to keep those suggestions coming! 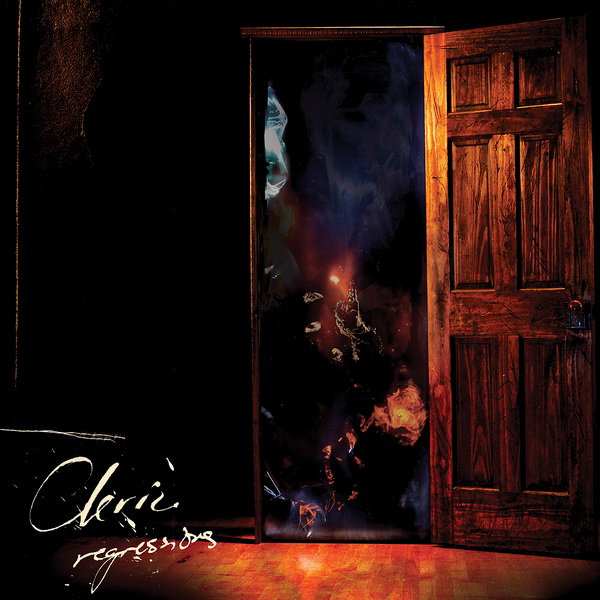 As Aaron Lariviere put it in the August edition of Stereogum’s The Black Market (scroll down to #2, and please start reading this column ASAP if you don’t already), using the word “experimental” in metal can mean one of two things. When appended to a metal subgenre, “experimental” can indicate everything from the namby-pamby sampling of your friendly neighborhood dj0nt band to the rampant genre-blending of Between The Buried And Me to the alien death metal of Howls of Ebb (who will definitely have their day in the Foul Alchemy sun). But when left on its own, “experimental” usually refers to music that’s just too weird to categorize save for (maybe) a few tenuous reference points.

Cleric’s Regressions is undoubtedly of the second type, but let’s start with the easy bits. Some of Regressions is pretty digestible, at least for a few seconds here and there. In its flexibility, break-neck transitions, and its occasional ventures into eastern scales, the album feels like the aforementioned BTBAM smothered in Nyodene-D. It’s got all the elements – instruments that I have never before heard of, unsettling field recordings, polyrhythmic grooves, incredible technical (a)synchronicity, highly unpredictable songwriting – that have become staples in extreme prog metal, and it also possesses a nuanced treatment of heaviness and lighter sections.

But in the character of its riffs and structure, Regressions is far more elusive. It might flow as one continuous 80-minute piece that transitions neatly between tracks via ambient interludes, but content-wise, Cleric has made this album as difficult to follow as possible. For starters, think Portal in bed with Blackjazz and half a dozen supercomputers. That won’t get you particularly close, but it’ll at least give you a frame of reference.

Ultimately, though, there is no reference point for this music. Regressions is riddled with droning dark ambient, a wide range of vocal articulations, Kayo Dot-esque dark bombast, bursts of harsh static, Kurt Ballou-caliber howls, black metal, delicate piano (whuah?), breakdowns that shatter tropes and song structures, completely mental dissonant-jazz-wah freakouts, and everything in between. A friend put it this way once: “it sounds like a schizophrenic’s interpretation of a painting of Fantômas riding Psyopus-powered horses in a gang battle against Abruptum and Colors.” Foul Alchemy favorite Colin Marston, who produced the album, has stated that of all the album he’s ever worked on, “[Regressions] includes the most everything: most time, money, number of tracks, recording techniques, processing, mix drafts…you name it”!

Regressions may be confusing and disorienting, but it’s not itself disoriented – listening to the album feels like an equation operating on you. It’s meditative, psychedelic; a relentless 360-degree sensory assault that follows a remarkably dynamic narrative arc that’ll regularly make you wonder, “how did I get here?”. After all the chaos, Cleric actually lets up – even if you can’t make it through the whole album, take a gander at “The Fiberglass Cheesecake”, which is one of few tracks I feel comfortable comparing to Aphex Twin’s piano works in terms of its emotion and delicacy.

Experimental and progressive albums have always appealed me to because of the way they reveal more depth with each listen, but Regressions is the kingpin of depth. There’s no way you can take in the entire experience after just one or just ten or even just fifty listens. Writing about music is futile enough as it is, but this is really one of those albums that must be heard (or, more realistically, studied) to be understood.

It’s sometimes easy to forget that metal music can be art, but every once in a while, an album like this comes along to jog our memory. The tag “post-” might be applied to music that ostensibly warps the fundamental elements of a general into a new form, but if anything is truly suggestive of what might come after metal, it’s Regressions. Listen to it however you like – listen to it all the way through; listen to it one track at a time; listen to it while you carve up pumpkins and/or your relatives; but whatever you do, make sure you listen to Regressions.

Regressions is available for streaming via Cleric’s Bandcamp page below.

Foul Alchemy welcomes reader feedback. Please send all suggestions, black market goods, and telegrams to news AT metalsucks DOT net with FOUL ALCHEMY in the subject line or drop them in the comments section below.

Give them a chance despite their not-terrific moniker.

What’s the jam on this New Releases Tuesday? Use your ears to find out here!

Metal Sucks Greatest Hits
0 -
The Best Metal Albums of 2013, As Chosen by Metal Musicians Themselves — Part I: Machine Head’s Robb Flynn
0 -
Report: “The Number of Heavy Metal Bands in a Given Country is Associated with its Wealth and Affluence”
0 -
If You Like Bass Dogs, You’ll LOVE Drum Fish
0 -
I Watched Rock of Ages so You Don’t Have To
0 -
Unearth are the Slayer of Metalcore
0 -
Video: Killswitch Engage’s Adam Dutkiewicz Wins Everything on The Price is Right