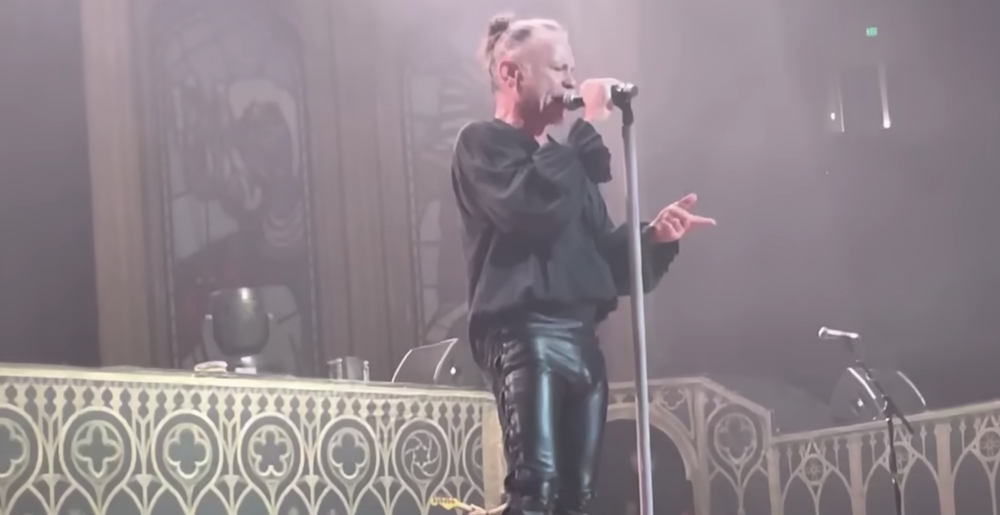 It’s probably best to smoke those joints somewhere that isn’t the front row of an Iron Maiden concert, judging by a video that recently surfaced from the band’s show in Anaheim, California on September 21. The video shows singer Bruce Dickinson noticing that there are fans smoking pot in the front row before laying into them.

“I don’t know what it is. There’s so many fucking people smoking so much fucking dope down here, I’m amazed you can even see. Poor old Steve [Harris, Iron Maiden bassist]. I don’t know if you know, but he absolutely fucking hates marijuana and the smell of it, alright? So when he’s trying to play bass, it fucks him up. It fucks me up. I’m a singer, alright? So duh. I would just ask for a tiny bit of respect – if you want to go get completely stoned out of your fucking mind, go out the back and do it. Alright? Otherwise you’re going to end up like this fucking knucklehead here going ‘uhhhh.’”

The vibes for Iron Maiden are just off in Anaheim, if their recent show is any example. In addition to Dickinson’s anti-marijuana incident, he also removed a fan from the stage after he approached multiple members of Iron Maiden.

Maiden will be back out on the road in 2023 for the Future Past Tour, which will hit Europe with music from their most recent album, Senjutsu, and the 1986 classic Somewhere in Time.