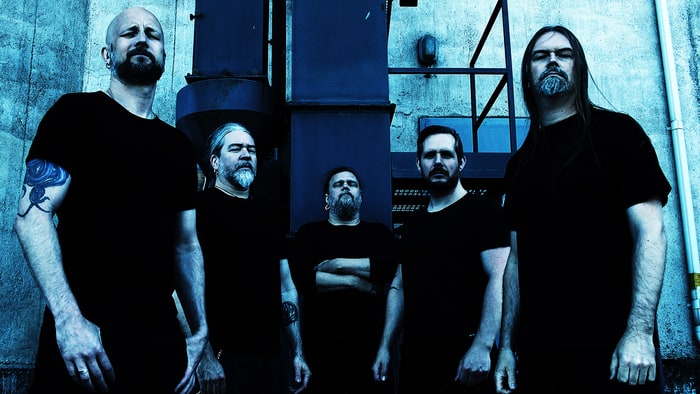 After months of teasing, Meshuggah have finally released the first single from their upcoming album The Violent Sleep of Reason. Check out “Born in Dissonance” below via Rolling Stone.

It ties in with the Biblical Apocalypse, the idea of a deity coming back to undo it all and taking to heaven the ones who are righteous,” he tells Rolling Stone. “It’s about a monster that’s coming for us, or maybe an asteroid hurtling towards the earth. It’s always been a weird conundrum for me how some people, even devout people, fear the Apocalypse whilst others welcome it. I’ve never understood that.

First listen, snap verdict: it sounds like Meshuggah! Musically it’ll take a while to digest what’s really going on here, as is usually the case with this band. Sonically, at least, it sounds fucking amazing… which is all the more impressive given the band recorded the entire album live for the first time ever in their career.

The Violent Sleep of Reason comes out on October 7th via Nuclear Blast.