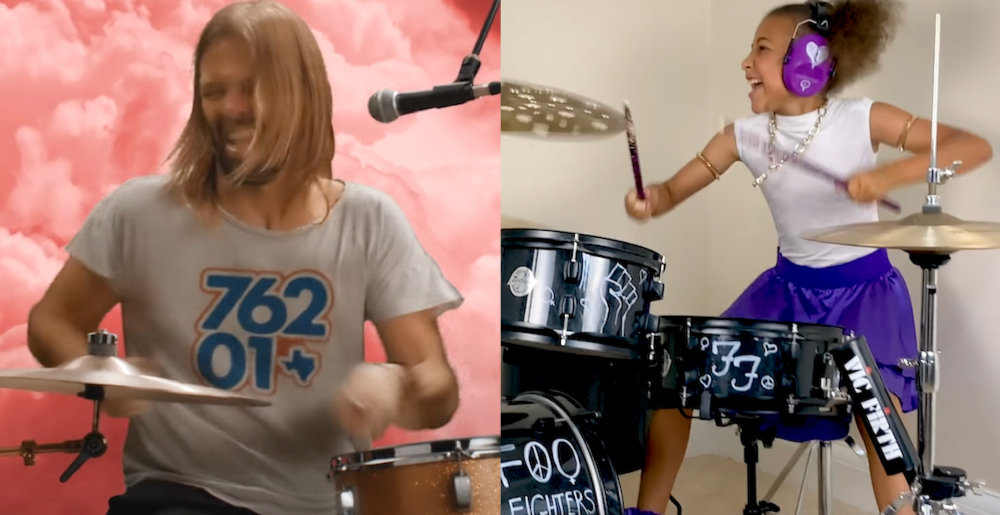 Viral Drummer Nandi Bushell Pays Tribute to Taylor Hawkins: “Thank You for Looking After Me”

Last night, the rock world was shocked to hear that Taylor Hawkins, drummer for world-conquering rock act Foo Fighters, had died at the age of 50. Since then, countless musicians have paid tribute to Hawkins via their social media. But the one that rips our guts out the most might be that of Nandi Bushell, the 11-year-old viral drummer who the Foo Fighters took under their wing after her drum covers blew up.

For those of you who don’t remember, after her many videos, including a cover of Foo Fighters’ “Everlong,” went viral, Nandi took on a drum battle with frontman Dave Grohl. She has since become the patron saint of young drummers on YouTube, and has helped shape the world of rock and metal since her rise to stardom.

Here’s what Nandi posted to Taylor:

Just rips your heart out.

A cause of death has not been revealed, but according to Rolling Stone, the band are currently on tour in South America, and were scheduled to play a show in Bogota, Colombia, last night. The show apparently did not happen.

Everyone at MetalSucks sends their heart out to Taylors family, friends, bandmates and collaborators during this difficult time.