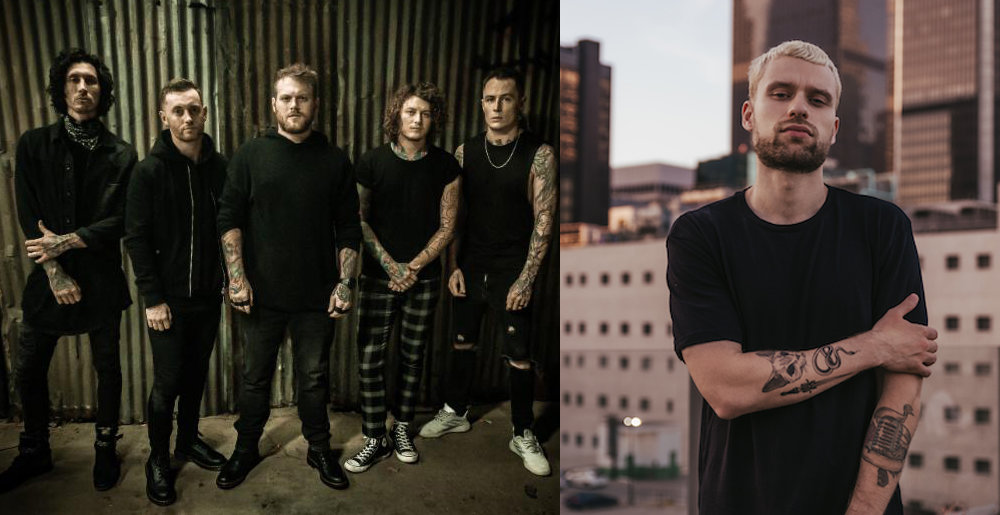 Sikdope Has Remixed Asking Alexandria’s “The Violence.” Is It an Improvement?

Sikdope (shoot me), who a press release tells me is a Polish “beatsmith” (shoot me now), has remixed “The Violence,” the song Asking Alexandria released over the summer. And this remix, like all remixes, will naturally prompt fan debate as to which is better, the original or the new one. To answer this question, I took time out of my morning to listen to both back-to-back. The things I do for you fucking people.

The original, in case you don’t recall (I certainly did not), is a pretty standard AA ’90s arena-alt-rock-style-only-drenched-in-auto-tune anthem. It’s not the worst song I’ve ever heard but please never make me listen to it again.

As for the remix, it’s basically the same thing except Skrillexified. That makes it harder to ignore if it’s playing in the background at a bar you’ve just decided you’ll never patronize again, which would seem to give the original a slight edge…

…except the Sikdope version almost completely drops Danny Worsnop’s vocals from the chorus, which is a MASSIVE improvement over the original. Point: Sikdope.

So who wore it best? I think I actually prefer the Sikdope version. Because I don’t know a TON about dubstep, it actually gives me more to think about when listening to that style of music (e.g., “What is happening to the world?”, “Where did popular culture all go wrong?”, “Am I already dead and this is Hell?”, etc.). Whereas with Asking Alexandria it’s just like blurgh, y’know? My brain just goes to beige, so to speak.

I’d put a poll here to see which version you dummies prefer but your opinion doesn’t actually matter to me. Go fuck yourselves.

‘The Retaliators’ is out on September 14.

Neilstein Soundscam 0
Asking Alexandria’s New Album is Their First Not to Debut on Billboard 200
October 12th, 2021 at 11:09am MetalSucks

Has the band’s fanbase outgrown them?