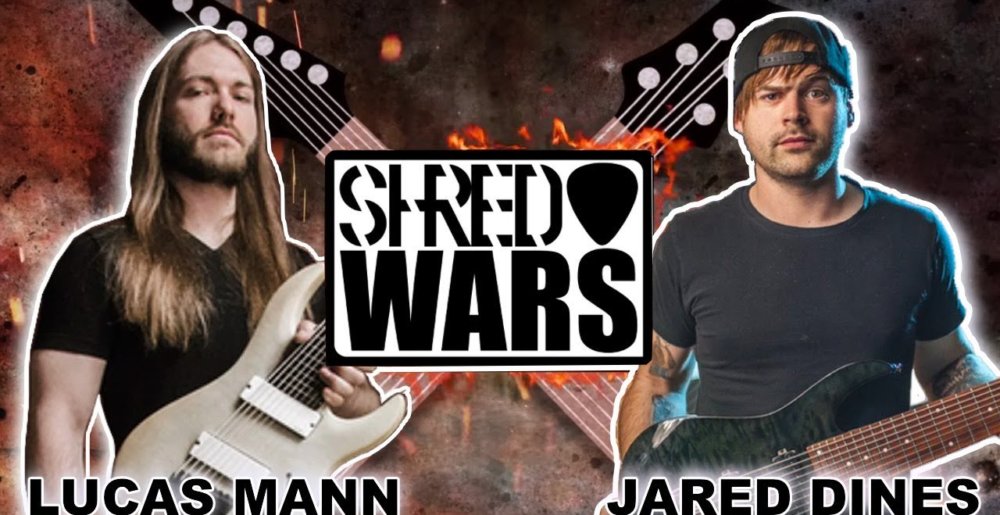 Rings of Saturn guitarist Lucas Mann released a lengthy video yesterday rebutting accusations, in particular by YouTuber Jared Dines, that he mimes his guitar parts when the band performs live. In the video, Mann details his live setup, plays those parts on camera, provides raw DI tracks that the band does pipe through the PA live (but not Mann’s parts) and even brings in the band’s front-of-house engineer for support.

Dines has now issued a response to that video. In the nearly nine-minute clip, Dines apologizes to Mann at length for “the harassment and negativity that you have received,” using the word “sorry” 11 times. He also acknowledges Mann’s explanations as legit and says he should have researched the issue more extensively. At the same time, he reinforces the point that there is some trickery involved (the live DI tracks Mann admitted to using) and calls out Mann for posting private direct messages. He concludes by calling for a truce, saying “I don’t want this to be the legacy that we leave behind,” that he respects Mann as an artist and that his followers should stop harassing him.

You can read a full transcript below via Ultimate Guitar and watch the video at the bottom of this post.

“I need to address a few things and I need to say a couple of things to Lucas Mann, who is the guitarist of Rings of Saturn; he recently posted a video in responding to my ‘Fake Guitarist on Instagram’ video, and in that video he made a lot of points that I honestly agree with.

“He said a lot of fair things. Now, if you’re not familiar with what is going on, let me tell you: there’s two things, essentially. One is the video that I did, ‘Fake Guitarists on Instagram.’

“First of all, I need to say a couple of things about that to Lucas and pretty much everyone else in the video. So, it was not my intention, guys, when I did that video, to basically say, ‘Hey look, these guys are faking it. These guys are fake.’ It was never my intention to do that.

“My intention was the opposite; if you watch the video, you see that most of the time I say, ‘That looks legit. I think that’s legit. I think it’s just pre-recorded.’ Now, in this part, I featured Lucas Mann from Rings of Saturn, I featured Stephen Taranto, I featured Manuel Gardner Fernandes and other players.

“I want to say, number one, first and foremost, I am sorry for the harassment and negativity that you have received because of that video. I never wanted that and it was my negligence and my lack of research on the matter that led to you guys getting harassed. I did not foresee that outcome when I made the video.

“I just wanted to make a fun video, I guess. I didn’t see it as malicious in my eyes because like I said, in the video, I mostly say that I believe everyone to be right, but even in me saying that – I’m putting names of great players on ‘Fake Instagram Guitarists’ and I didn’t foresee how that would negatively affect them even if in the video, I say that they’re good.

“Lucas, in the video, I never said you sped up your stuff; I never said that. I understand the negative insinuation that comes from it. What I did say in the video was that if things perceived to be too perfect, they’re probably edited or manipulated in one way or another.

“I stand by that, Lucas, because in your video you said that the guitar we’re hearing in that live clip, that we’re talking about here, you said yourself it is a back-tracked guitar. Now, I should have believed you; I should not have lumped you into that entire ‘Fake Instagram Guitarist’ thing, alright?

“Lucas, you say that you do back-tracks live, you have live harmonies and stuff like that and your guitar is blended in with the mix, and I believe you. There’s tons of players who do that – I have nothing against that. If anybody wants to do that, fine, make your live show what your live show is supposed to be.

“Now, on Instagram, you are correct, I did state in a reply comment that you mimed that part live. I apologize for saying that, Lucas. I should not have said that; I could not prove that. It just seemed because of other videos and research that I have seen on that specific video that it seemed to be the case to me, which I shouldn’t have said it was, and I apologize.

“And, in my defense, I deleted that comment minutes, like, two minutes after I posted it. The only reason anyone sees it now is because you shared it. Like, two people saw it, you know? And I should have said it, I’m sorry, and I realize it was stupid.

“My regret and what I am so sorry for is doing this, making this ‘Fake Instagram Guitarists’ video, without doing any research. And I admit I am in the wrong for that and for that, I’m sorry.

“You said you lost an endorsement. First of all, what company would drop you because of this? I think that’s completely stupid. I’m so sorry that happened to you; if there’s something I can do to help, let me know, okay? I know you’re a great guitar player.

“My entire point, like I said, was just to be, like, ‘Hey, don’t trick people.’ And I went about it wrong – I went about it uneducated and I shouldn’t have done that. There’s so many things I want to say…

“In that video, you also showcased our DMs. I’m not going to do that in my video here because personally, I just find it tacky to do that, but you said in those DMs that you don’t believe me to be genuine. I apologized to you in the DMs before you made the video.

“I thought, ‘Hey I’m gonna just get rid of this because maybe a hundred people have seen it and I don’t want this to blow up into something,’ because it was just dying down and I didn’t want more drama. You felt your voice was silenced, I didn’t see it that way and I’m sorry for that.

“The bottom line is: I don’t want this to be the legacy that we leave behind. We did a ‘Shred Wars’ together; I’m seeing spam comments now from people saying, ‘Oh, this aged well.’ I don’t want that to be the case. I have nothing against you, Lucas, okay? You’re an artist.

“You admitted yourself in that clip that I watched that it was a pre-recorded track. It was edited into your live performance. What I said was not false. I don’t want to make content like that, I don’t want to call people out, I don’t want to diss people and I don’t want everyone people’s careers. That is the last thing I want to do because that’s not on music is about, at least to me.

“I’m not the judge and jury. This is just, I’m trying to figure it out too, okay? I am evolving in this digital age and things are very different than they used to be. How much digital editing is too far to where it becomes faking, okay? I’m still trying to figure this out in my head myself as technology evolves and I don’t want to make content where I am just policing people – that’s not my thing.

“I don’t have an agenda – I don’t. I don’t care. Make your art, make your music; I just want to make mine too. And I admit in this instance that I shouldn’t have made that video the way that I did. I should have researched it more, I should have done it to a point where it was clear, my intent, that I wasn’t trying to call a lot of you out. I was just uneducated and for that I’m sorry.

“Anyways, guys, thank you so much for watching. I’m sorry about all of this, I’m sorry for being uneducated and trying to shed light on an upcoming topic, but I did it poorly. And other guitar players were affected by it negatively, and I feel really bad about that and I am sorry for that.

“So, guys, please forgive me for that. And let’s get back to making content and making good music together. Lucas, I love you, dude. I don’t want this to become something that is between us.

Sponsored Links from Across the Internet
Show Comments
Related Articles
New Stuff 0
Jared Dines Enlists Members of Trivium, the Haunted, Polyphia and More for Fourth “The Biggest Shred Collab Song in the World”
December 25th, 2021 at 10:34am MetalSucks

Three videos and a 12-track album are on the way soon.