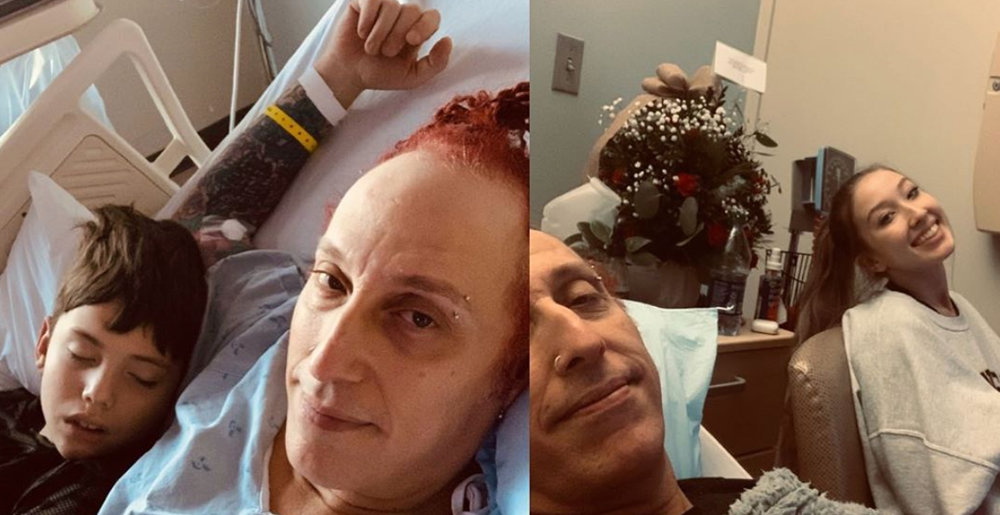 Last week, Sevendust were forced to drop off of their previously scheduled U.K. tour with Alter Bridge and Shinedown because drummer Morgan Rose “is sick, in the hospital and under Doctor orders not to move or leave the country.” Rose later revealed that he was set to undergo surgery, making it clear that doctors had not yet finalized a diagnosis.

Now Rose has offered a post-surgery update. And while it sounds like he may not be able to participate in Sevendust’s upcoming annual end-of-year acoustic shows, it also sounds like, on the whole, he’s in much better shape now than he was before the surgery:

“Hey guys. So I’m not gonna get into what the last week has been like too much. I hope everyone will understand. I will say I’m lucky to be here, and that the people that worked round the clock with me are the reason for that. I feel confident saying that I’m out of the woods? I will have another surgery sometime in the next few months, but it looks like the reason for me ending up in the hospital in the first place has been handled for the most part. I will forever be grateful to everyone for keeping me in their thoughts, and wishing me well during this ordeal. Having never been through anything like this, it was shocking to me how many people cared about me. My family and very close friends have been updated and understand what actually happened. Please appreciate their privacy. ????????????????????????. I’m hoping to get home very soon, and start getting back on my feet. I asked the doctors if I’d be okay to play the end of the year shows, and they looked at me like I was crazy. But I’m determined to finish out the year with my brothers. So that’s that. At least barring any setbacks. Not sure what capacity I’ll be involved? But I’m saying I’ll be there. Many people sent birthday wishes to me on the day I was being wheeled in for surgery saying how much of a bummer it must have been to spend my birthday like that. I will say that it was probably the best birthday I’ve ever had. I was alive. And that wasn’t so certain before that day. So you guys have a wonderful Xmas, and know that my heart was full over the love you sent my way. I’ll will NEVER be able to thank you enough. God bless every one of you. ❤️????????❤️.”

MetalSucks’ collective thoughts remain with Rose during this ordeal. We’re relieved to hear he’s doing better, and hope he’s back behind the kit where he belongs soon.

The dates for the Sevendust acoustic shows are as follows: