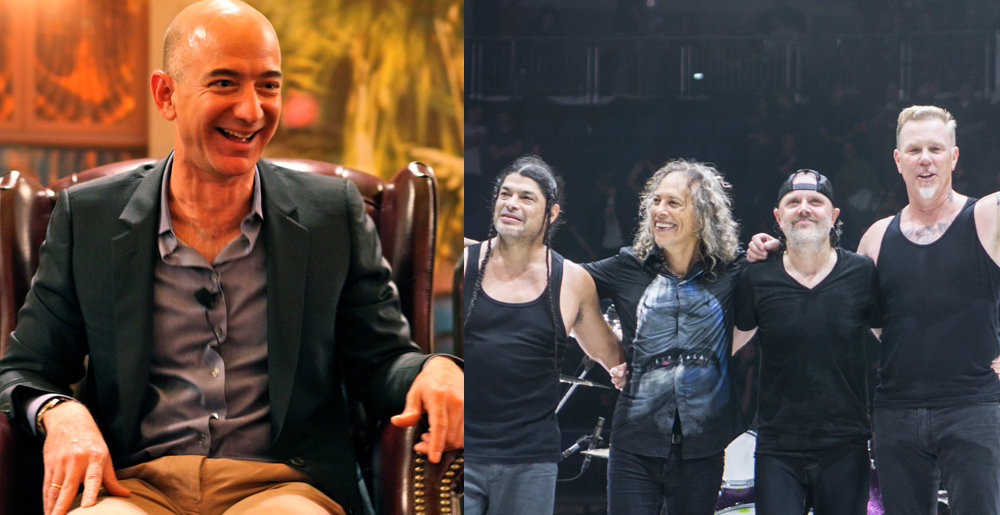 Look. You don’t become the richest person on the planet being a Good Dude. So what if Amazon CEO Jeff Bezos is worth $130 billion dollars, which means if he were a country, he’d had the 59th highest GDP in the world? Jeff really, really needs that money. Sure, you could point out all the good he could do if he gave up even just 5% of his fortune — $6.5 billion, which would leave him with $123.5 billion — but then what happens if there’s something he really wants to buy that costs $124 billion? Why, he’d never be able to forgive himself!

My point is, no one should be too mad at Bezos for donating a million dollars AU — roughly $690,000 U.S. — to the Australian wildfire relief efforts, even though he could probably afford to give much more. According to GQ, that’s about seven cents for every animal that has died in the fires. I mean, what do you want from the guy? Money doesn’t grow on trees, y’know.

And yeah yeah, Metallica donated $750,000 to relief efforts — $60,000 more than Bezos — even though their collective net worth is approximately $830 million, which is less than .7% of Bezos’ overall fortune. But that’s exactly why Metallica will never have as much money as Bezos does. They’re just too concerned with stupid shit like the needs of others. Chumps.

If you’re gonna be pissed about something, it shouldn’t be Bezos being a miser — it should be that GQ, who originally reported this story, repeatedly refer to Metallica as “an ’80s hair band.” I mean, WHAT THE ACTUAL FUCK, GQ? Can you dipshits seriously not tell the difference between Metallica and Mr. Big? No wonder everyone is losing faith in the media! #FAKENEWS fucks.

Metal Sucks Greatest Hits
1230 -
Loutallica’s LuLu: The MetalSucks Reviews
0 -
A Sh*tstain on the Ass of the Universe, #28: Lie or Liar
0 -
Metallica Release Official Animated “Master of Puppets” Lyric Video
0 -
Watch This 10-Year-Old Girl Shred Through Slayer’s “War Ensemble”
0 -
If You Like Bass Dogs, You’ll LOVE Drum Fish
0 -
A MetalSucks Exclusive: Return from The Graveyard — King Diamond on His Near-Death and New Life