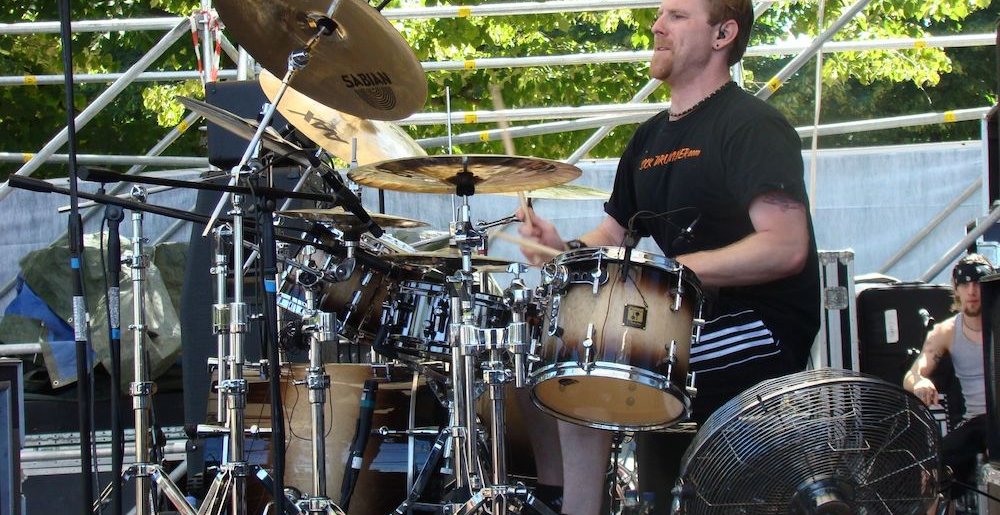 More Details About Sean Reinert’s Death Shared by His Husband

The passing of pioneering Death and Cynic drummer Sean Reinert on Friday continues to reverberate around the metal world, with metal musicians and fans continuing to display an outpouring of love on social media, both for Sean’s work and for his character.

Sean’s husband, Thomas Snyder, has posted an update expressing his grief and confusion, as well as revealing further details about Sean’s death. Crucially, no foul play is suspected, nor are drugs. There is currently no known cause of death, although an autopsy should shed some light on that in the coming weeks.

Tom’s statement reads in full [via The PRP]:

“I’m broken. As many of you now know, my husband Sean passed away last night. Some of you in the inner circle I was able to reach via phone last night and this morning to try to let you know what happened before it spread across social media. For those I couldn’t reach to tell you myself I’m sorry.

“I’m still trying to put together the events of the last 24 hours. After coming home from work last night I found Sean unresponsive on the floor, I administered CPR with the assistance of the 911 operator and he was taken to a local hospital via ambulance. There is no cause of death and an autopsy will be performed.

“Sean and I just completed our yearly physicals about 3 weeks ago and we were both in good health. Sean did not have any sort of drug abuse issues and I’m still in a state of disbelief. I can’t begin to comprehend how my life and the lives of Seans close friends and family have just been shattered.

“That’s about all I’d like to share at this point. It feels strange to even have to make this post over such a private matter but I understand Sean was a public figure and beloved by many around the world. For myself, Seans family and close friends I ask that you please give us time to grieve. The fans he adored so much lost an influence and phenomenal drummer. Some of us lost our Husband, Son, Brother, Uncle and Best Friend.

Additionally, former Cynic bassist Sean Malone has shared some very kind words about working with Reinert in a social media post of his own:

“I was luckier than most. Complete musical trust — especially between a bassist and a drummer — is a rare and precious thing. Rare, because it’s not something you find by looking for it. Precious, because some may go an entire lifetime without ever having experienced it. But I was luckier than most. Sean offered his trust during every rehearsal, every recording, and every performance we ever did, and it’s likely that I’ll never experience the same again. The truth is that we’re all lucky — lucky to have been alive while Sean Reinert was making music.”

We at MetalSucks continue to send our best to all of those whose lives have been shattered by Sean’s death.