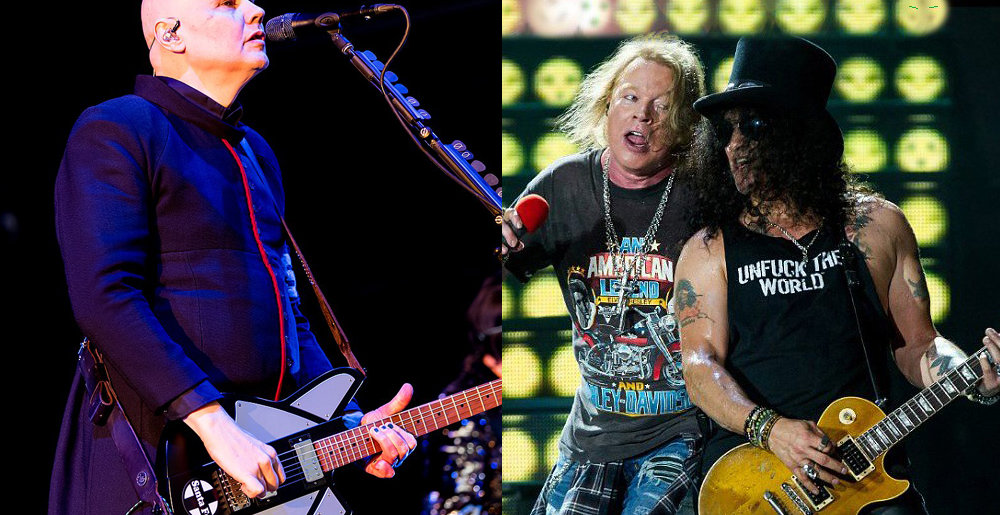 The last time I saw the mostly-reunited Guns N’ Roses, at Madison Square Garden in 2017, they didn’t have an opening act, and I was fine with that. I mean, the band plays for three-and-a-half-fucking-hours. It’s not as though anyone could complain that they didn’t get enough show for their money.

But it looks like GN’R will be back to employing a more traditional model for their upcoming North American summer stadium tour: they’ve announced that The Smashing Pumpkins will open six of the first seven dates of the tour. Which is kinda funny, ’cause the Pumpkins’ first album, Gish, came out just a few months before Use Your Illusion, and the band was eventually considered one of the hot alt-rock acts whose success signaled the demise of GN’R and other glam-friendly bands like them. Also, both bands now have the same number of original members (three).

ANYWAY, here are the dates if you need ’em:

Metal Sucks Greatest Hits
0 -
Review: Megadeth’s Super Collider is a Super Catastrophe
0 -
What in the Mother of F*CK Did I Just Watch???
0 -
That Time Shaun Got Drunk and Filmed a Music Video with His Cat
8850 -
The 101 Rules of Nu-Metal
0 -
Op-Ed: When Did Slayer Start to Suck?
270 -
Exclusive Band Meeting Transcript: Morbid Angel Decide to Release Illud Divinum Insanus Remix Album