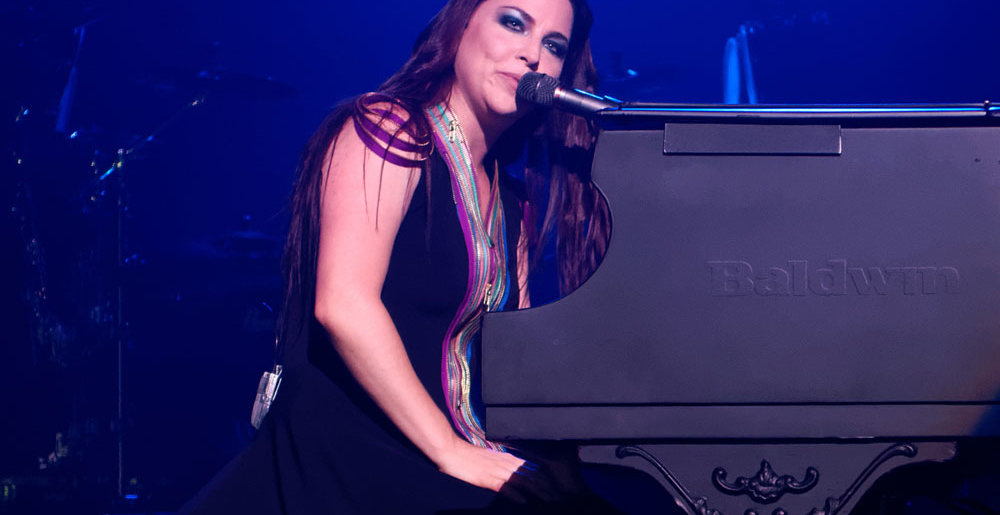 Evanescence frontwoman Amy Lee is not happy about the bully tactics and blatant cover-up employed by the current U.S. administration in the wake up the Donald Trump impeachment scandal, and she has taken to Twitter to vent her frustrations.

At no point in Lee’s lengthy statement, posted on her personal Twitter account, does she mention the name of our commander in chief, deliberately using language that appears calculated not to enrage a certain segment of her band’s fanbase. “It isn’t about one story, one side or one party vs. another,” she says, before lumping Democrats and Republicans together as the object of her appeal. But it’s very clear who and what she is talking about: “I do not accept lying, bullying or cheating from my government,” later adding, “I will never bow down to a dictator.”

Similarly, Lee doesn’t use the word “impeachment,” but there’s no question it’s on her mind and on which side of the debate she falls when she speaks of abuse of power within the White House. “Here’s an easy one: Anyone who refuses to hear witnesses speak is clearly not seeking the truth.”

We at MetalSucks wholeheartedly applaud Amy for taking a stand. For her band more than many in our scene, with a fanbase rooted firmly in Red State America, she has a lot to lose by speaking out. Bravo!

Here is Amy’s statement in full:

“I have never spoken publicly about my political views. I can respect things I don’t agree with and I have always wanted my music to be a free place where people of all beliefs, all colors, all genders can come together and have something in common. But I can’t stand by and keep my mouth shut when my country’s freedom is taken away.

“It isn’t about one story, one side or one party vs. another. It is simply about right and wrong. What is acceptable and what’s not. This isn’t good enough for me, it isn’t good enough for any of us. We deserve better. I do not accept lying, cheating or bullying from my government. Our inheritance is a free country, but the voices of many are being twisted and drowned out by the few in power. I will never bow down to a dictator.

“It’s very hard to believe it’s gotten to this point because as an American, I’ve always had the privilege of believing in the shelter of my country, and the idea that if anyone who would abuse his power ever made it to the White House, that we would have the greater power to stand up as a nation and say no. It’s OUR country. We can’t let a few greedy suits steal it from us. We can’t let them tear us apart.

“Republicans, Democrats, we are not enemies. We have been intentionally divided so we can be conquered. We are ALL being manipulated and used, and the only way to save ourselves is to break the boundaries of partisanship and band together to fight for truth. And we have to seek the truth for ourselves — don’t trust someone because they are in power or on TV. Bad people come into power all the time. And if lying is allowed, they’ll tell you whatever you want to hear. Liars will always try to make something simple seem confusing.

“But here’s an easy one: Anyone who refuses to hear witnesses speak is clearly not seeking the truth. Accepting this abuse says it’s OK for our leaders to lie to us, cheat on us, make decisions without our input and silence us when we try to speak up. This isn’t about your policies or beliefs, it’s about our freedom.

“Think for yourself. Seek the truth. Use your voice. – Amy Lee”

While many fans responded to Amy tweet with positive affirmations, several were not happy to learn the singer is not a fan of President Trump: