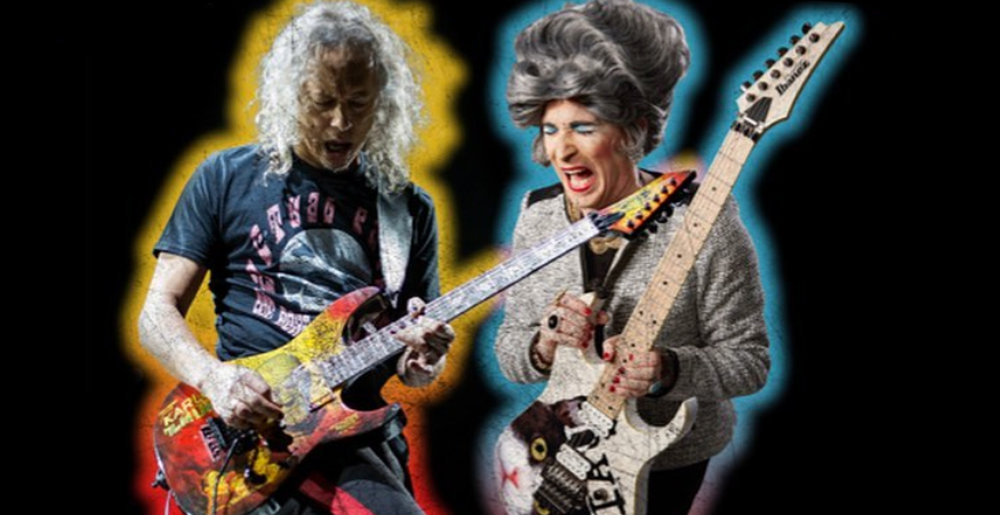 Metallica’s Kirk Hammett loves his wah-wah pedal like a baby loves its mother’s teat — which is to say, a lot. Everyone (including Dave Mustaine) busts Kirk’s balls over the amount he relies on the effect. Hammett may or may not be the greatest user of the wah pedal, but he very likely has the highest ratio of wah pedal to music created ever. In fact, it’s safe to say that up until now, Kirk has been the All-Time Wah-Wah Pedalist Champion, which is either a great honor or a great dishonor, depending on who you ask.

But now Kirk’s title may in danger! Mrs. Smith, the self-proclaimed “guitar lady with fancy cat problems,” has challenged Hammett to a “wah-off battle,” and the Metallica axeman has accepted. The two will throw down (thwah down?) on March 8 at The Senate in Columbia, SC, just before Hammett performs with The Wedding Band, his covers project with ‘Tallica bassist Robert Trujillo (amongst others).

I cannot for the life of me imagining Kirk losing this fight, although I suppose the victor will depend upon the criteria by which they’re judged (again, there’s a difference between being the “best” and being the “most”). Guess we’ll find out in a few weeks…