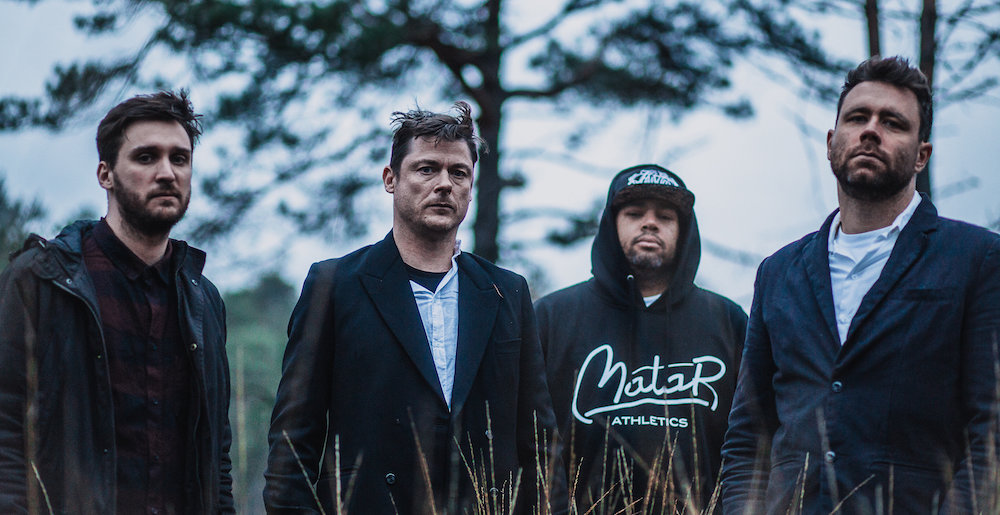 Belgium’s BEAR have been a band for ten years now, but we’re embarrassed to admit we weren’t actually familiar with them before receiving the promo for their latest offering, Propaganda. But holy smokes, are they ever on our radar now! BEAR invoke ’90s hardcore acts like Catharsis and Gehenna as influences, but that really only tells part of the story. At various points, Propaganda dips its toes into the mathcore experimentalism of early Dillinger Escape Plan and Car Bomb, the fiery noise rock of Unsane and Today Is the Day, and — as on Propaganda’s first single, “Apollo’s Heist” — the sublimely elastic groove of Meshuggah and Intronaut. All of these elements are wrapped up in adroitly-written songs that combine sheer aggression with infectious hooks in the best possible way.

MetalSucks is thrilled to debut “Apollo’s Heist,” which you can check out via the below music video! Says the band of the song:

“‘Apollo’s Heist’ is all about fighting a fight you cannot win, and even when you think you’ve won, there will always be some sort of revenge. So, the story continues.

“This was the first song we wrote for the new album, so it’s only fitting that it kicks off the new chapter for BEAR.”

True to the band’s assertion regarding the themes of the song, the “Apollo’s Heist” video depicts a gang of bank robbers who prove that there is truly no loyalty among thieves. It’s a violent and electrifying visual representation of a great song. We implore you to watch!

Propaganda marks BEAR’s debut for Pelagic Records, and will be released on May 8. Pre-order it here (North America), here (Europe), here (Australia), or here (digital)!

Metal Sucks Greatest Hits
0 -
BREAKING: Joey Jordison Back in Slipknot as Percussionist!
0 -
Video: Dudes Rockin’ Out to Van Halen Meet David Lee Roth, Have No Idea Who He Is
220 -
Hey Guys, Did You Know That Virgin Steele are From Long Island?
0 -
Avril Lavigne Must Be Stopped
0 -
Listen: Every Dillinger Escape Plan Song Played At Once
0 -
Photos of Metal Musicians When They Were Kids