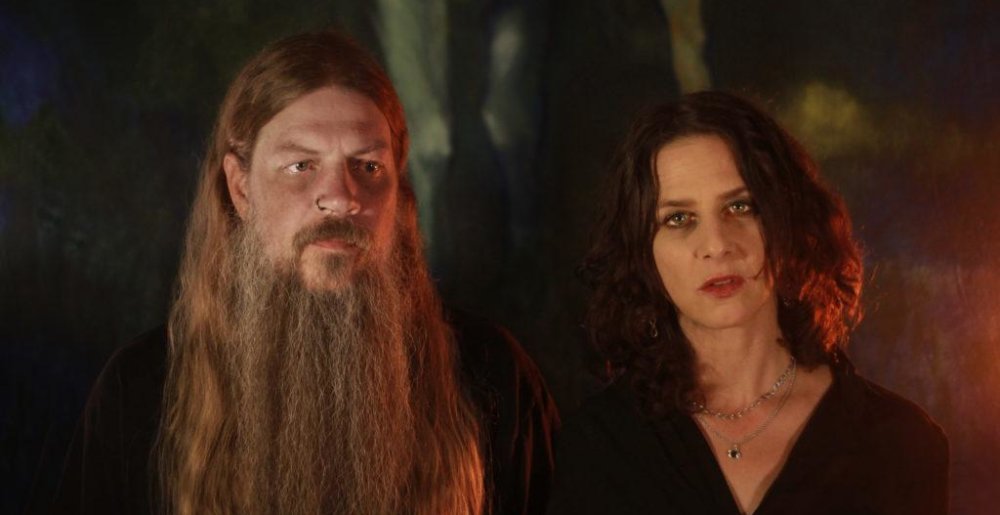 By this time last year I already had at least a dozen albums on the running short-list I keep for year-end favorites, but we’re one-sixth of the way through 2020 right now and all I’ve got is three. Either it’s a weak year for releases so far (unlikely but possible), I’ve just been busy and distracted with personal shit (likely and very possible) or I’m a jaded asshole from writing about metal for 13 years (absolutely the case), but I’m here right now to tell you that one of those three albums is The Vanishing by Insect Ark, a duo comprised of Swans multi-instrumentalist Dana Schechter and ex-SubRosa drummer Andy Patterson.

Insect Ark exist somewhere in the nexus of doom, stoner, psychedelic and something far more experimental, their music taking on a decidedly darker, more morose tone than any of those genre descriptors on their own might typically convey. The Vanishing isn’t a comfortable listen, with jarring, unsettling sound effects and atmospherics that constantly jostle the senses, preventing the listening experience from ever settling down into a sense of stasis. That’s a good thing. Insect Ark are at once a sum of their parts and something entirely different, which is one of the highest compliments I can ever pay a band, and Colin Marston’s characteristically clear but raw production ensures all of that is right at the forefront.

If my own description of the album’s desolate soundscapes isn’t enough, take it from Schechter herself:

“The album’s title refers to a recurring daydream I had of disappearing completely – floating out to sea alone, and never being found. On a much bigger level, it’s about the impermanence of life itself, trying to retain perspective of how small we really are.”

Have a listen to what we’re talking about via the full album stream below. The Vanishing is out now.

Sponsored Links from Across the Internet
Show Comments
Related Articles
This Sucks 0
SubRosa Is Breaking Up/ Going on Hiatus/ Whatever You Wanna Call It
May 22nd, 2019 at 2:09pm MetalSucks

“After a magical 13-year run, SubRosa is calling it quits (for now).”

Your one-stop shop for all the week’s heaviest releases including Alterbeast, Thy Antichrist, Necrophobic, Cabal, Insect Ark and many more.

Kicks off in June.