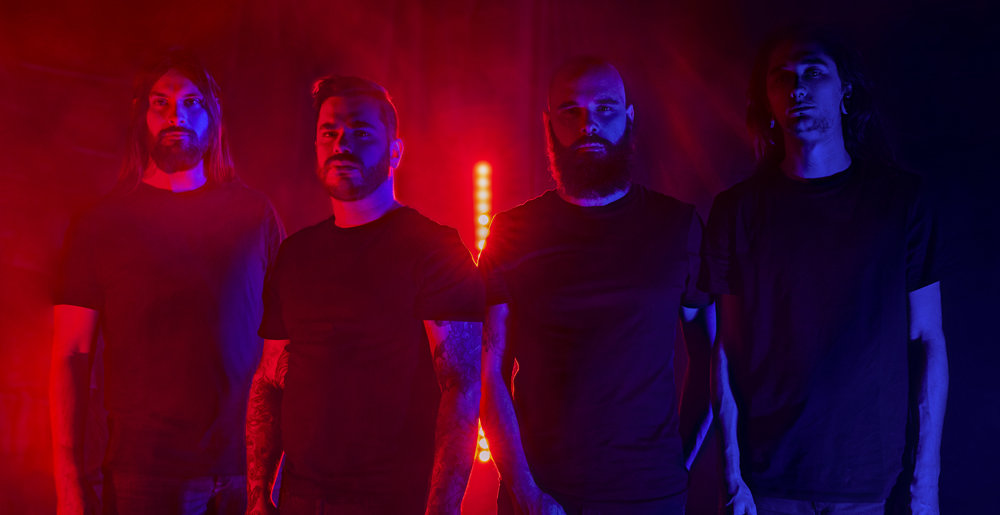 France’s Exocrine may be the best Summer Slaughter band to never actually have played Summer Slaughter. On their fourth album, Maelstrom, the progressive technical death metal band more-than-ably follow in the footsteps of giants like Gorguts and Origin, offering up healthy doses of meat grinder riffage, firing squad blast beats, mind-bending technical skill, hellish vocals, and a surprising sprinkling of melody… and they manage to do it while writing actual songs that never devolve into boring old “riff salad.” Maelstrom is the MOAB of tech-death records.

Says the band of the album:

“We really pushed our limits this time again, whether in composition or production. We put all our creativity in this album so that ‘Maelstrom’ might be as surprising as possible while remaining true to our style.

“The arrival of Théo [Gendron, drummer] in the band has allowed us to try new things like extreme tempos, but also very difficult and proggy parts. We’ve really pushed ourselves so that what we had in mind sound perfectly on the album but also on stage.

“Because it’s our fourth album we wanted to explore deeply in our imagination, that’s why we have some guests on ‘Maelstrom’ in order to further enrich our universe. This time we’ve really dared new sonorities and instruments.

“Anyway, it was certainly intense, but it was also crazy and fun!”

MetalSucks is thrilled to debut the title track from Maelstrom, which you can check out via the below music video! The album comes out June 26 on Unique Leader. Pre-order it here (North America), here (Europe), or here (digital)!!!

Your one-stop shop for all the week’s heaviest releases including Exocrine, Rebel Wizard, Carnation, Trappist, The Five Hundred and many more.

Metal Sucks Greatest Hits
0 -
What Will Happen When a Member of Metallica Dies?
2780 -
Jumping Darkness Parade: Eyal on Bands That Can’t Duplicate Their Album Live
0 -
Why are metal fans hopelessly stuck in the past??? :(
820 -
Rigged: Dream Theater’s Mike Mangini Takes You Through Every Piece of His Mega-Drumkit [Part 1]
370 -
The Top Ten Worst Hair Metal Band Names
0 -
Two Eleven-Year-Olds from Brooklyn Start a Metal Band, Awesomeness Ensues