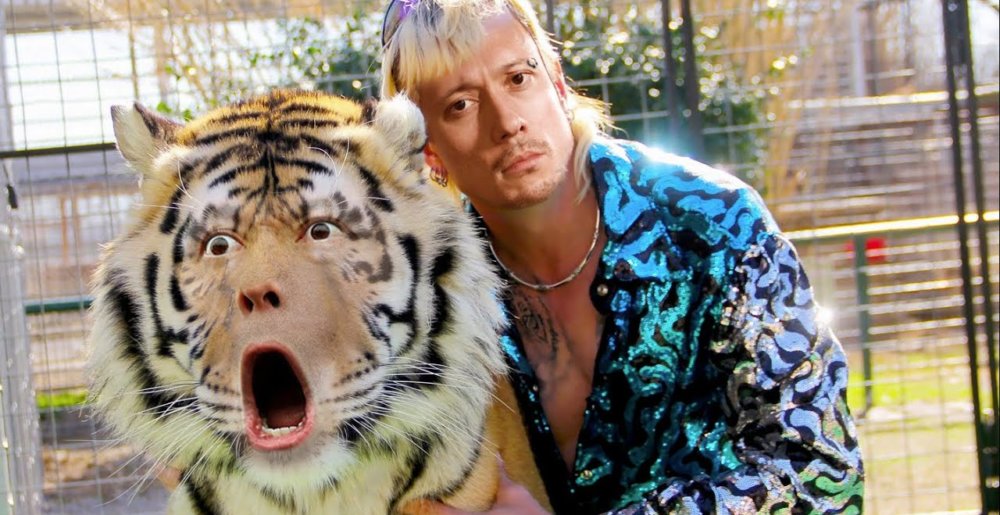 If you, like the rest of the quarantined world, have been watching Tiger King while under lockdown, then boys and girls, you are in for a treat today: a cover of Joe Exotic’s “I Saw a Tiger” by Trivium frontman Matt Heafy!

The story of big cat intrigue, murder, backstabbing and calamity has captured our collective imagination of late, with one of the show’s stars, Joe Exotic (née Joseph Schreibvogel), having embarked on a big cat-themed country music career some years ago. Fans of the series may be disappointed to learn that Exotic himself didn’t write or sing on those songs — songwriters Vince Johnson and Danny Clinton did everything — but that quirk only adds to the intrigue and legend of the entire story.

Anyhoo, Trivium’s Matt Heafy took to Twitch this afternoon, as he so often does, performing an acoustic cover of Exotic’s trademark track, “I Saw a Tiger.” The track sees Heafy exploring the lower range of his vocal register and even busting out his whistling skills, giving a damn fine rendition of this modern classic! Give it a spin below.

Metal Sucks Greatest Hits
0 -
Rigged: Luke Hoskin of Protest The Hero
0 -
Website Photoshops Dogs in Place of Bass Guitars Because Why Not?
0 -
Rammstein Members Kiss During Moscow Show, Violating Russia’s Anti-LGBTQ Laws
0 -
I Am The Working Class: The MetalSucks Interview with Fenriz
660 -
KNEEL BEFORE THE POWER OF ELEPHANTS MARCHING RIFFS
0 -
The Secret 2 a Successful Career in Music