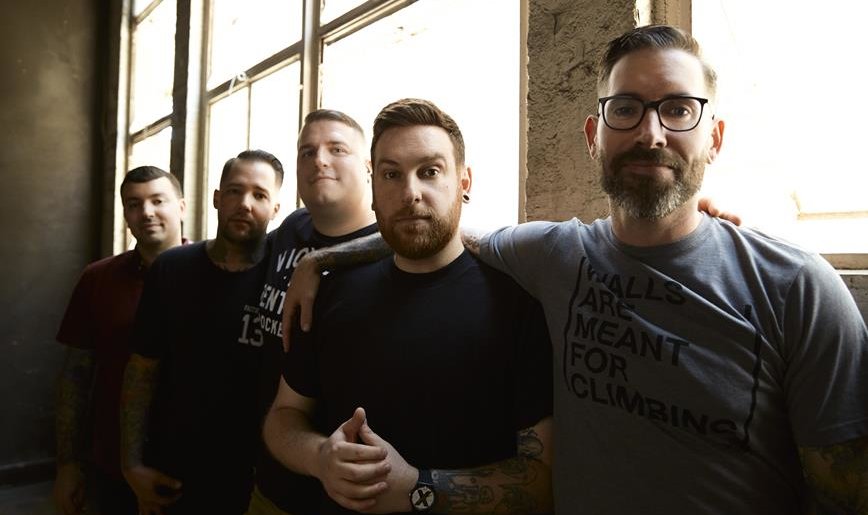 Unfazed by the current pandemic, The Ghost Inside will continue their heroic comeback from a tragic bus accident in 2015 with a new album this summer.

Overcoming devastating, life-changing injuries that included lost limbs, multiple surgeries and seemingly endless rehab, the band has played a small handful of one-off shows of late, and announced in February that the album they’d recorded with producer Will Putney was finished.

They will now officially unveil that album, which is self-titled — a career-defining moment for sure — will come out on June 5, along with releasing its first single, “Aftermath.” An accompanying music video makes the best of the current lockdown, mixing live footage from the reunion shows, studio footage, home performances, an actual shoot with vocalist Jonathan Vigil and, fittingly, TV news coverage of the bus crash.

“We went into the writing process knowing full well that every song and every lyric would be influenced by what we’ve been through, but we tried our best for them to be relatable to everyone. With Aftermath we let it be much more personal – this one is us telling OUR story. So when it was time to choose a first song to share with the world, it felt right for it to be Aftermath. It allows anyone that listens into our world, but it also lets us put final punctuation on that chapter of our lives. Aftermath is a total catharsis for us. We let it all out in the song so that it’s not bottled up inside us anymore and we can heal and move on, since after all, the beat goes on.”

Check out “Aftermath” below; pre-order The Ghost Inside here.

Tags: the ghost inside

Pummeling Politics 0
The Ghost Inside Express Regret Over Firing Bassist for Use of the N-Word
September 17th, 2020 at 1:33pm MetalSucks

This past June, both Bracewar drummer Rashod Jackson and Terror […]