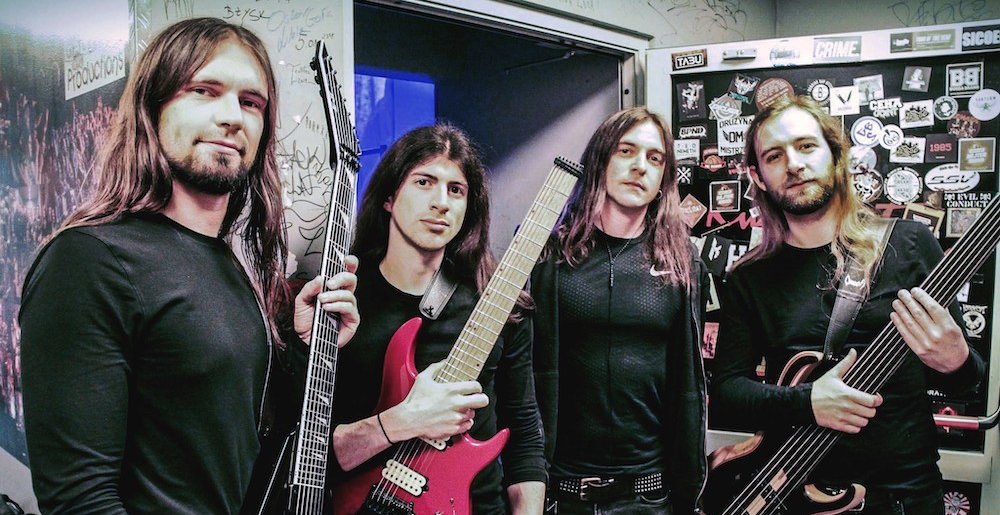 Obscura has announced the departure of guitarist Rafael Trujillo, bassist Linus Klausenitzer, and drummer Sebastian Lanser. Klausenitzer joined the group in 2011; Trujillo and Lanser joined in 2014, after the band suffered its last mass-exodus.

Although the split appears to be amicable, i) it’s always antennae-raising when multiple (let alone every) member of a band quits at the same time, and ii) the three are launching a new project together, with the very Obscura-esque name “Obsidious.” So it’s hard not to theorize that the trio wanted to make more creative contributions to Obscura, and that the band’s founder and mastermind, Steffen Kummerer, wasn’t having it. Which is his prerogative — Obscura has been his baby for almost twenty years. Still, it’s understandable why the three felt the need to move on.

Here’s the official statement from the band:

“‘Firstly, I would like to thank our former members Rafael Trujillo, Linus Klausenitzer and Sebastian Lanser for their dedication during the last years. Now, 2020, a new chapter for OBSCURA begins with entering Woodshed Studios this Summer to produce our sixth full-length record, and the first album for our new label Nuclear Blast. The new lineup will be revealed shortly.’ – Steffen Kummerer

“‘I’m really thankful for the amazing experiences I have made over the last couple of years and all people who have supported me on that path. Leaving something behind opens new opportunities.’ – Rafael Trujillo

“‘No one except Steffen has been in the band longer than I have, so you can imagine that this was not an easy decision for me. However, for us, this is the beginning of a musical journey that I’m sure you will enjoy.’ – Linus Klausenitzer

“‘Time has come for me to move on and pursue new musical adventures. A big ‘Thank You’ to all our fans around the world for the amazing support – You Rock! I am sure we will meet again at some point in the future.’ – Sebastian Lanser

“The three former members like to thank Steffen Kummerer, crew, business partners and especially all loyal fans all over the world.”

Meanwhile, the Obscura Facebook page has had its profile picture and cover photo updated, both with the same image: a sole figure walking alone in a barren landscape.

Kummerer probably won’t be alone for long, though… I can’t imagine there’s a shortage of great musicians who wouldn’t kill to join Obscura.

Sponsored Links from Across the Internet
Show Comments
Related Articles
A View From the Pit 0
Photos: Obscura, Vale of Pnath, Interloper and More in Austin, TX, February 11, 2022
February 14th, 2022 at 10:31am MetalSucks

German alt-death metal act Obscura have been forced to cancel […]

Here’s your guide to all of this week’s heaviest new releases! Includes Converge, Exodus, Obscura, Khemmis, and more!!!

Metal Sucks Greatest Hits
0 -
What is the best subgenre of metal?? *please read*
0 -
36 Seconds of Hell on Earth: Video from the Guitar Center Grand Opening in Times Square
0 -
Debunking the Myth that Guitar Hero Made Dragonforce
0 -
Twenty More of the Worst Heavy Metal Album Covers of All Time
0 -
What in the Mother of F*CK Did I Just Watch???
0 -
G.O.A.T. and Your M.O.M.’s “Quack like a Duck” Justifies Humanity’s Entire Existence