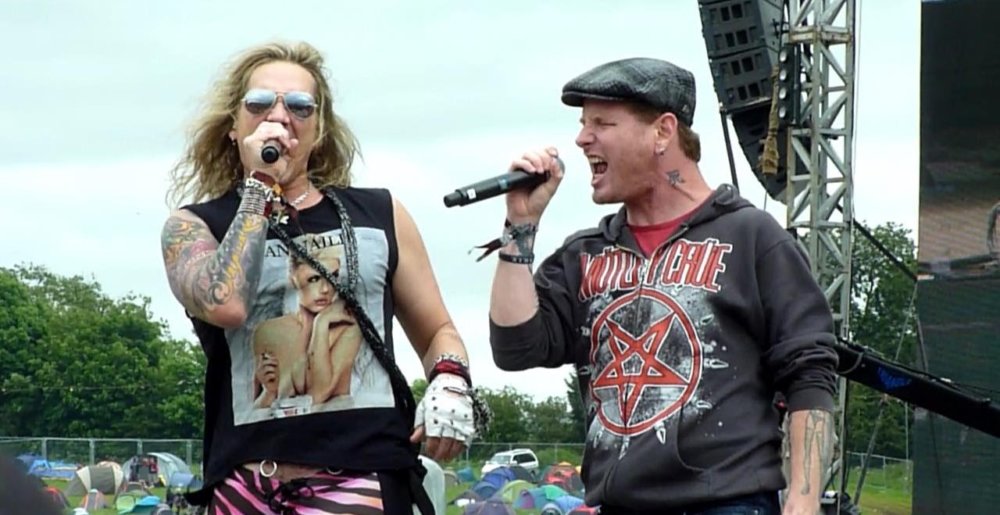 Although we stopped sharing them on a daily basis, Steel Panther have not stopped releasing daily public service announcements on their Instagram account reminding fans what day it is.

To start mixing things up, the band will now be aided by some of their many celebrity friends. Today’s PSA includes their first guest, and — SPOILER ALERT! — it’s none other than Corey Taylor, singer for Slipknot and Stone Sour and Most Coolest D00d of All Times Ever. And although Corey did not wear his Slipknot gear for the video, he is adorned in a very special accessory, which we won’t spoil for you here.