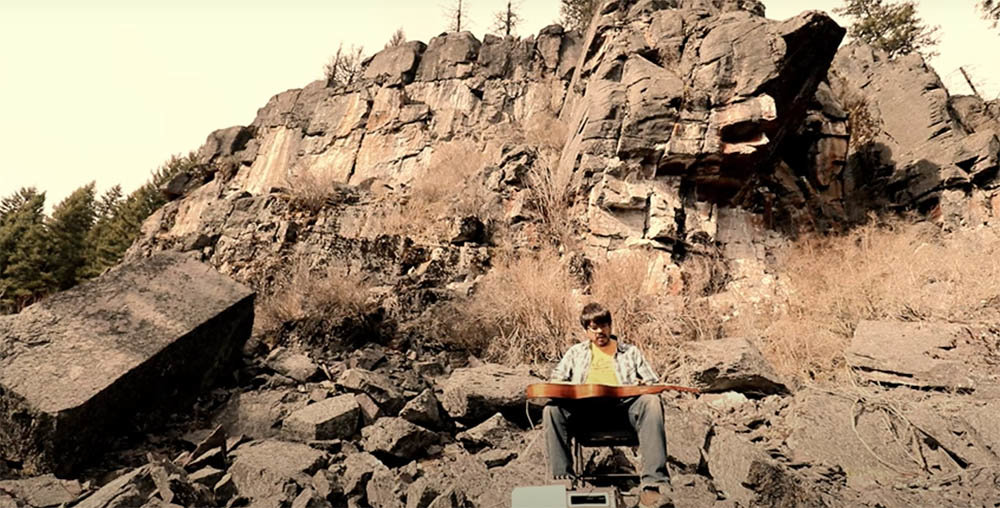 A little background on slide guitarist Dan Dubuque, who has been wowing us with his inventive covers of Rage Against the Machine and Tool of late, his videos made all the more entrancing by the snowy mountainscape in which he films them: he’s from northwestern Montana and has been doing this for years, his videos serving as something of an ambassadorship for the state’s breathtaking natural beauty and wealth of talent. Check out some of his older videos here; they’re mesmerizing!

Dan’s latest is a cover of Queens of the Stone Age’s “Little Sister,” one of my favorites of theirs, this time filmed in front of some kind of epic rock outcropping. The backdrops against which Dan films these videos are a big part of their allure — which is to take nothing away from his phenomenal playing — and man, anyone else itching to get out to Montana when this stupid pandemic lifts? Someone at the state tourism department should hire this guy to be their marketing face.