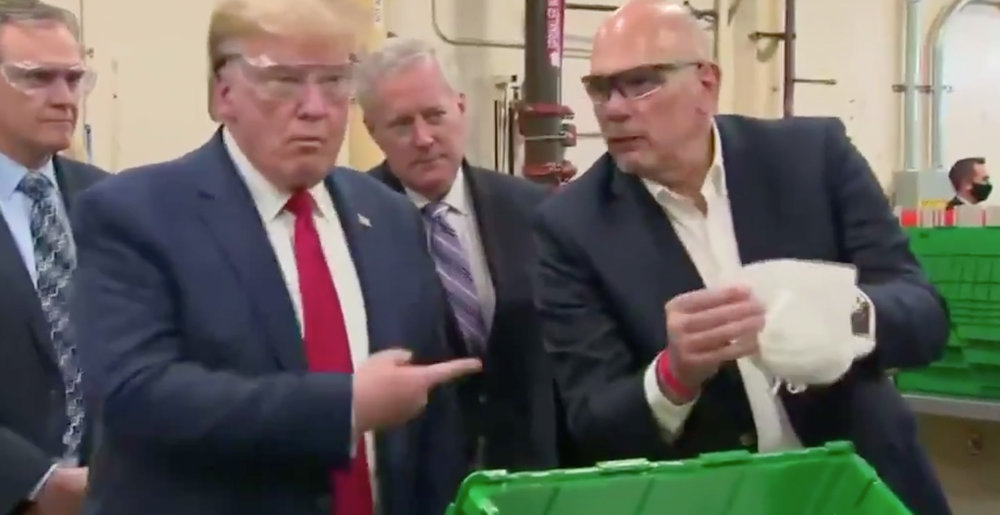 I don’t know if this is just a weird coincidence or someone with a wicked sense of gallows humor having some fun, but either way, it’s, uh, interesting.

Donald Trump recently visited a mask factory (without wearing a mask himself, natch) in Phoenix, AZ, and while he toured the facility, Guns N’ Roses’ 1991 cover of “Live and Let Die” blasted over the PA system. Trump did not seem to notice.

The soundtrack is especially bizarre given that GN’R frontman Axl Rose has been both an outspoken critic of Trump and a vocal supporter of social distancing. As of this writing, the singer still hasn’t responded to the incident, but I have to imagine he’ll have, y’know, thoughts.