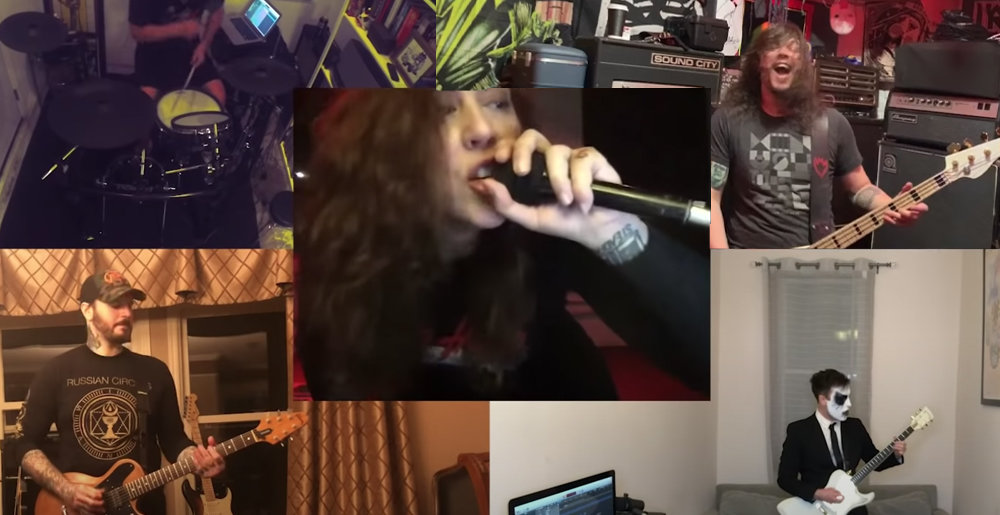 For the latest in his series of videos that unite quarantined metal musicians to create righteous new covers, Two Minutes to Late Night host Gwarsenio Hall (aka Jordan Olds) has taken on “Super-Charger Heaven,” from White Zombie’s 1995 album, Astro-Creep: 2000. Joining Mr. Hall for the cover are Will Putney (Fit For An Autopsy, END, half the albums you’ve bought in the past fifteen years), drummer Ben Koller (Converge, Mutoid Man, All Pigs Must Die), vocalist Lisa Mungo (Fucked And Bound, He Whose Ox Is Gored, Daughters) and bassist Nick Cageao (Mutoid Man). It’s hot shit, and Cageao appears to be having more fun playing the song than I’ve ever had doing anything in my whole life. You can check it out via the below video.

Sponsored Links from Across the Internet
Show Comments
Related Articles
Viral Vomit 0
The Crowdkilling Mummy is Kind of a Dick in Two Minutes to Late Night’s “Monster Mosh”
October 27th, 2022 at 11:48am Hesher Keenan

Metal Sucks Greatest Hits
0 -
Website Photoshops Dogs in Place of Bass Guitars Because Why Not?
0 -
Joey Jordison Claims He Was Fired from Slipknot Via a Singing Telegram
0 -
Missed Connections: You Puked at the Ulcerate Show (M4M – Brooklyn, NY)
0 -
50 Metal and Hard Rock Musicians’ Yearbook Photos
60 -
BETTY WHITE TOUCHED SLASH’S PYTHON (DON’T WORRY, IT WAS JUST THE TIP)
0 -
Listen: Every Dillinger Escape Plan Song Played At Once