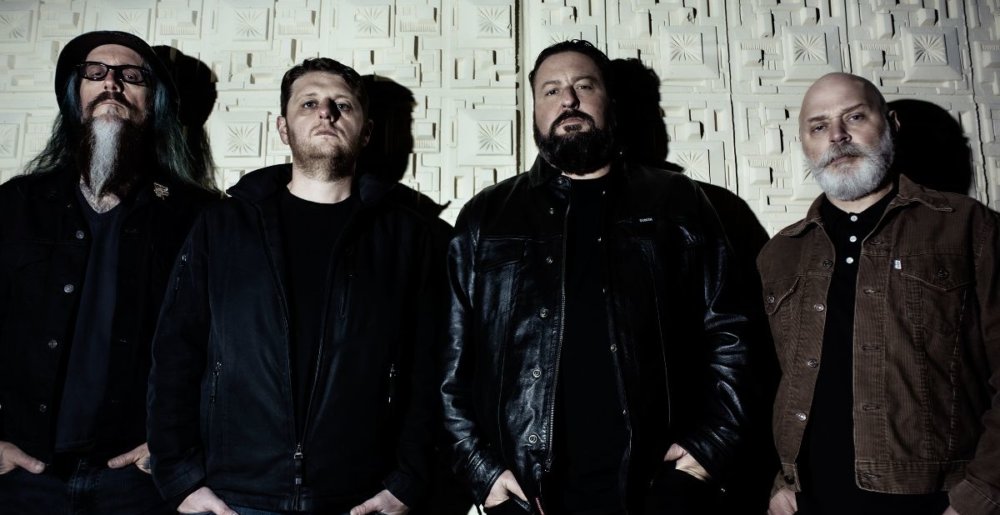 You might assumed, based on the title of -(16)-‘s new album — Dream Squasher — and the title of the two most recently singles from that album — “Me and the Dog Die Together” and “Sadlands” — that the Los Angeles band’s latest offering is kind of a bummer.

Which it is! But I mean. C’mon. You’re a metal fan. You don’t listen to this music for songs about sun and hope and bunnies.

Which is to say, Dream Squasher is a bummer, but in a very not-a-bummer way. “Sadlands” lumbers in a way that “Dog” did not, but it’s got so much groove I can’t imagine it actually leaving any lover of extreme metal feeling depressed. And that’s even with the crazy-disturbing music video, which was directed by Michael Panduro. It’s impossible to mourn when your shit is this good.

Check out “Sadlands” below! Dream Squasher will squash your dreams via Relapse on June 5. Pre-order here: physical and digital.

Here’s your guide to this week’s heaviest new releases! Includes The Ghost Inside, Exhumed, -(16)-, and more!

Metal Sucks Greatest Hits
0 -
Watch This Kid Perform Europe’s “The Final Countdown” Entirely with Hand-Farts
0 -
Editorial: The Metal Community Must Stop Letting Phil Anselmo Off the Hook for His Racist Remarks
30 -
Exclusive: Burzum Launches Clothing Line
0 -
Who are teh “BIG FOUR SCENE BANDS”????
1,2110 -
The 101 Rules of Death Metal
0 -
Joey Jordison Claims He Was Fired from Slipknot Via a Singing Telegram