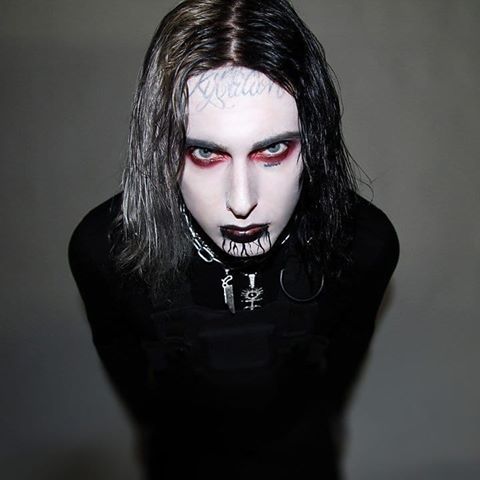 Ghostemane Made a Black Metal Album

The rapper Ghostemane has had one foot in metal from the get-go. His album covers utilize distinctly metal imagery, he’s released a split with Ho99o9, and he’s toured with Jesus Piece and Harms Way (a trek which resulted in at least one, er, let’s “truly memorable” show).

But now Mr. Mane (born Eric Apparition-Hair) has finally gone full corpse paint with a one-man black metal project called Baader-Meinhof, named after the militant far-left German group. The project’s debut three-song EP, which was released just a few days ago, is more good than bad (I think the songs “Evil Lives” and “To the Grave” both slap, but found “Stuck in the Hard Place” to be kinda meh). But regardless of whether or not you actually enjoy it, it would be hard to argue that it doesn’t cement Ghostemane’s bona fides as a lover of metal: it would not be hard to convince someone that the inarguably unpolished-sounding release is a relic of the early Svarte Sirkel days.

You can listen to the EP below. Then head to the comments section to argue that Ghostemane will never be trve black metal, or that the metal community is too-close-minded, or whatever whatever whatever.

Metal Sucks Greatest Hits
0 -
Thirty of the Worst Metal Band Promo Photos of All Time
2860 -
What is the Best Christian Metal/Hardcore Band???? [you’re moshing 4 Christ]
1210 -
MetalSucks Exclusive: Behemoth Frontman Nergal’s First Interview Since Being Diagnosed with Leukemia
0 -
Report: “The Number of Heavy Metal Bands in a Given Country is Associated with its Wealth and Affluence”
0 -
Incredibly Metal Six-Year-Old Girl Terrorizes America’s Got Talent
0 -
Exclusive Interview: Lamb Of God Drummer Chris Adler on Randy Blythe’s Imprisonment, Upcoming Tour and the Future of the Band