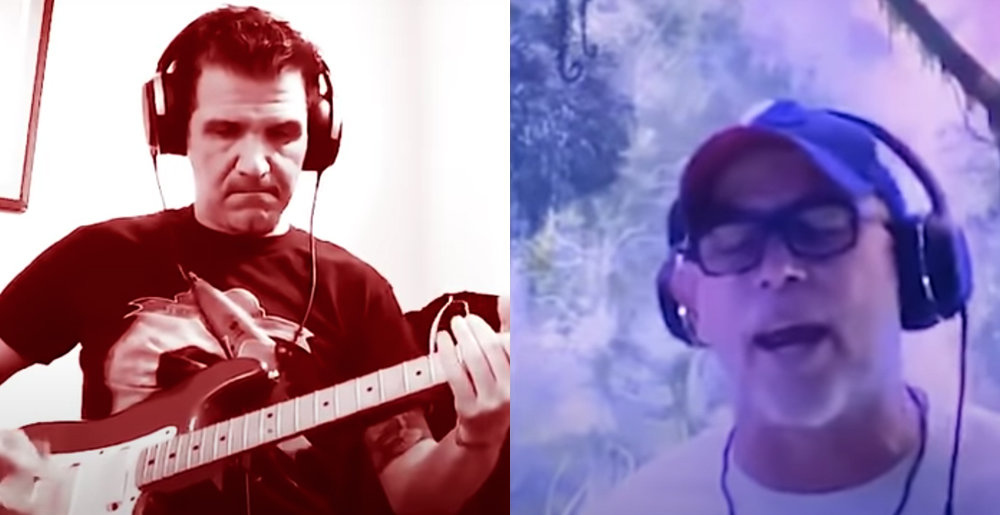 John Bush Reunites With Anthrax (Sort of Not Really)!!!

I’d give my Aunt Sadie COVID-19 if it meant getting John Bush back into Anthrax. I know that we here at MetalSucks may be in the minority camp on this one, but Vince and I would both much rather have John Bush instead of Joey Belladonna. Not every Bushthrax album was a winner, but he was on at least two of the band’s very best albums (The Sound of White Noise and We’ve Come for You All), and he made classic Anthrax tracks sound that much meatier. Also, he doesn’t have the hairstyle and spray tan of my aforementioned Aunt Sadie.

I mention it because for his latest all-star quarantine video, Anthrax’s Charlie Benante has released a stripped-down version of the White Noise track, “Packaged Rebellion,” complete with vocals by Mr. Bush. The semi-reunion is intended to celebrate this week’s 27th anniversary of White Noise, an album I first listened to on cassette while on a bus to sleepaway camp for the summer. Holy Aunt Sadie, I’m old.

Sponsored Links from Across the Internet
Show Comments
Related Articles
New Stuff 0
Charlie Benante’s Got Some New Anthrax Riffs to Show Ya
September 7th, 2022 at 10:19am Hesher Keenan

Metal Sucks Greatest Hits
270 -
Exclusive Band Meeting Transcript: Morbid Angel Decide to Release Illud Divinum Insanus Remix Album
2060 -
How Metal Nerds Choose What Bands To Like: A Scientific Model
1510 -
The Top 15 Reasons that Metallica are the Yankees of Metal
0 -
Photos of Metal Musicians When They Were Kids
0 -
Who are teh “BIG FOUR SCENE BANDS”????
0 -
Carcass’ Swansong: A Newbie’s Retrospective Review