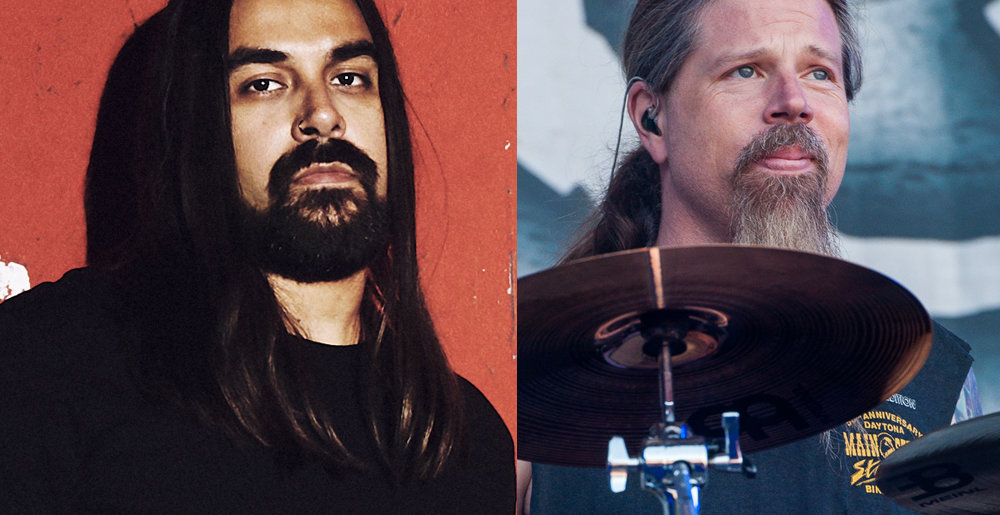 Lamb of God the band are about to drop Lamb of God the album, which is their first release with their new drummer, Art Cruz (Winds of Plague). That’s a big deal: Cruz’s predecessor, Chris Adler, is beloved by fans, and his playing has inarguably been a big, big part of LoG’s sound.

So, naturally, someone — specifically, American Songwriter — recently asked Lamb of God guitarist Mark Morton about what it’s “like writing and playing with Art after recording with Chris Adler for over a decade.” To which Morton replied:

“It was fantastic. As I said earlier, the songwriting process hasn’t changed at all. We start with guitar riffs. So the same guys are writing the guitar riffs that always were. We have a different drummer, and there are differences for sure. Chris was a phenomenal talent, and he’s a great drummer, and we made a lot of amazing music together. But Art is also a phenomenal talent and a great drummer. He’s more feel oriented. He’s a little less robotic, and I don’t mean that as a dig. I don’t want to compare them too much. They’re just two different drummers. But Art is a real feel, finesse player. I think the prime example I can give is live with Chris we used to play everything to a click. There was a click in our ear and that was a machine that kept timing consistent and the same every night. Within a week of playing with Art live we were off the click. We were just playing the songs together instead of playing them at the same time. And I think that really made its way into our creative process as well.”

Morton may not have meant his comments as a dig, but surely many fans will read them that way. I’d say we have at least a year of needless Adler is Better vs. Cruz is Better social media debates ahead of us.

Lamb of God is out June 19 on Epic. You can pre-order it here.

Metal Sucks Greatest Hits
0 -
Type O Negative’s Peter Steele Once Punched Chino Moreno In The Face for Inciting an Onstage Riot
0 -
Editorial: Slayer Should Become Professional Songwriters
0 -
Website Photoshops Dogs in Place of Bass Guitars Because Why Not?
0 -
Rigged: Testament Guitarist Alex Skolnick
0 -
Chad Kroeger and Avril Lavigne Finally Wrote a Song So Awful that the Internet Has Collectively Rejected It
0 -
A MetalSucks Exclusive: Return from The Graveyard — King Diamond on His Near-Death and New Life