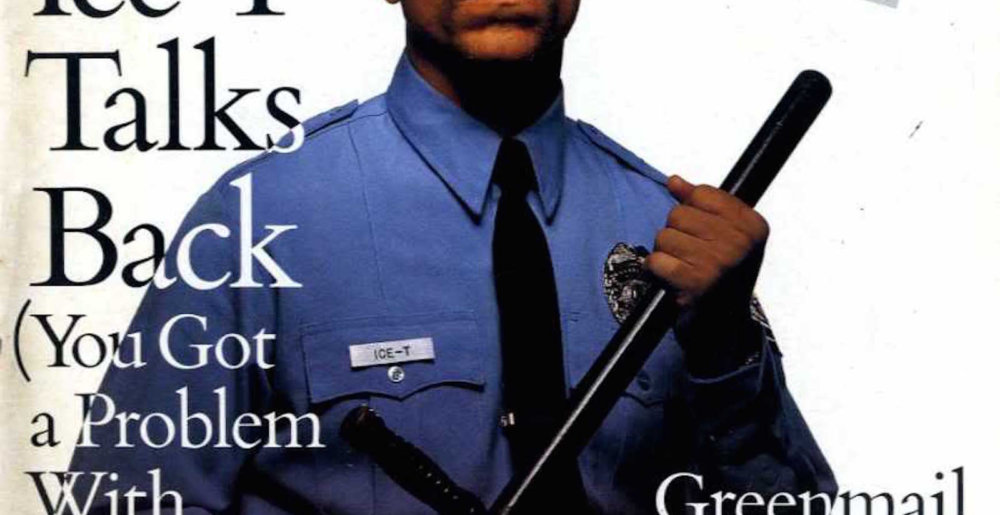 “Cop Killer”: Ice-T Says Other Body Count Songs “Are More on Point With What I Believe Today”

For reasons that require no explanation, Body Count’s iconic, controversial, and iconically controversial 1992 song, “Cop Killer,” has been on a lotta people’s minds lately. Just this past weekend, Billboard investigated the song’s ongoing absence from streaming services despite the fact that Body Count’s frontman and most famous member, Ice-T, owns the masters. And while Ice declined to comment for that article, a new interview with The Washington Post does offer some insight into the matter.

Asked if he “think[s] folks will understand [‘Cop Killer’] now more than then,” Ice replies:

“It was a song about somebody who, during a moment like this, got so mad that they went after the cops. We don’t want that guy. But a lot of times you warn people by saying this can happen. I never killed no cop. I’ve written better songs that are more on point with what I believe today. I was a little more radical back then. [Body Count’s 2017 track] ‘No Lives Matter’ addresses my feelings at this moment. You got to remember, 30-years-ago Ice is different than 62-year-old Ice.”

“My correct guidance right now is know your allies and let’s continue to go forward. Don’t let up. Let’s go after Breonna Taylor’s killers. Let’s get it done.”

Ice-T, of course, has played NYPD sergeant Fin Tutuola on Law & Order: Special Victims Unit for roughly eight million seasons. I would imagine this has also lead to a change in his perspective on “Cop Killer.”

Regardless: Ice’s statements here may not offer an explicit answer as to why there’s still no official release of “Cop Killer” available… but it certainly offers an implicit one. It would be unfair to say that Ice-T has “disowned” the song, because it remains a staple of Body Count’s live show. But given that he feels “less radical” now than he did in the early ’90s, and given how easy it is for people to hear the song regardless of whether or not it has an official release, well… it’s easy to understand why actively getting it back out into the world may not be one of Ice’s top priorities right now.

You can read the entire interview here.