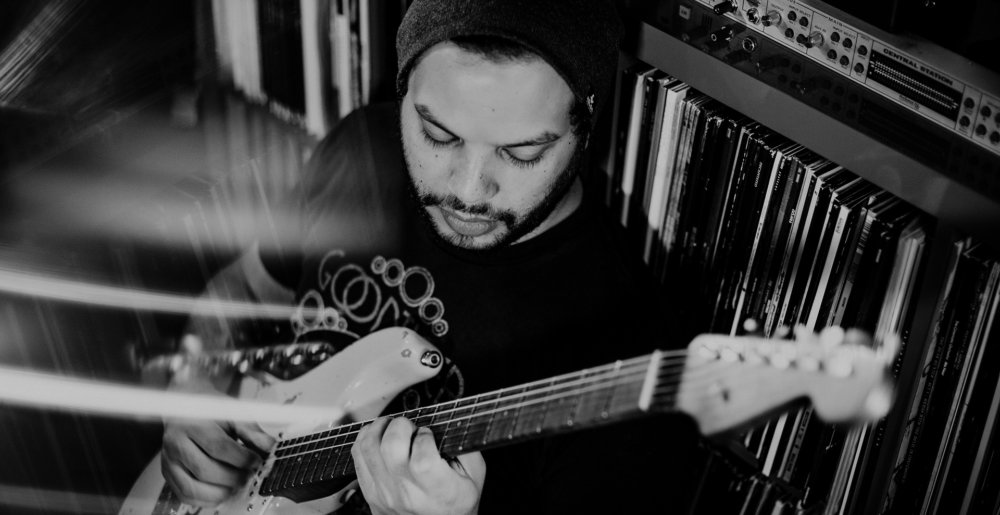 Much has been written here and elsewhere about how bands have been particularly hard hit by the pandemic, with their usual main source of income — touring revenue — completely gone with no hope of returning any time soon. Periphery guitarist Misha Mansoor has been quite vocal in the past about how bands should diversify their income streams, and that advice has proven particularly prescient in the Covid-19 era.

Misha was our guest on the latest episode of The Quarantinecast, and we asked him how he plans to handle the financial challenges brought on by the pandemic, both personally and for Periphery as a unit. He responded by describing in detail his and the band’s additional revenue streams, concluding by admitting he’d be willing to give it all up, sell all his expensive gear and live frugally if it came down to it.

Additionally, as civil unrest was rapidly spreading across America at the time this interview was conducted (June 4) in response to the murder of George Floyd, Misha shared his thoughts on the ongoing protests and the systemic racism in this country that spawned them.

On Misha’s and Periphery’s diversified income streams beyond touring:

“I’ve evangelized this enough and annoyed enough people saying this, but don’t rely on your band for income. It’s become very handy that we’ve adopted that [mindset] and we’re set up for that, so we’re OK. We’re financially fine, we have our other streams of income, which — knock on wood — luckily so far have not really been negatively affected.

“We happen to be fortunate enough to be the kind of band that can push signature models so we pretty much all have signature models. Spencer [Sotelo] is the only one [who doesn’t] because it’s kind of tough for vocalists. You don’t see signature mics or whatever. But he does a lot of production work on the side and he also is probably the one who’s able to live off the least amount of money. He’s not a very demanding person, he doesn’t care about money that much. So he’s happy.

“But the rest of the guys and I all have various signature products. Which, unfortunately for me, those have taken quite a bit of a hit lately because they’re mostly physical. A lot of stuff shut down that has to do with manufacturing, operations, logistics, stuff like that. The overseas factory shut down for a while, which was more of my bread and butter, and the USA stuff is operating at a fraction of the capacity. The demand is there, but can you get this stuff out? can you get it shipped? You know, that’s the problem. It’s an operations problem.

“I have a pedal company, Horizon Devices, where we’ve been solving fulfillment issues this whole time; the demand’s been there, it’s just trying to get the stock and the orders together for customers. But we finally figured that out.

“I’m also part owner of GGD [Getgood Drums], which is a drum software company, and that’s been doing great because there’s no physical product. And there’s been a lot more demand for that stuff because everyone’s home and recording and whatnot. So that’s been doing well.

“That’s the majority of the stuff right there. There’s always the odd thing that will come through, a production thing, writing thing, whatever. I have to thank the Periphery fans for buying merch from our store, because we’re still selling merch in our online store. We own our own label now so we’re getting all the income from the Periphery IV album as well as royalties and that’s drastically more [laughs] than it was on our previous deal where we didn’t own the label.

“It’s not any one thing, it’s all these little things trickling in and adding up, and it’s a good way to do it too, because it protects you in these [situations]. For example, if I was just reliant on Horizon Devices for income, I’d be in trouble right now. But it’s OK ’cause I’ve got GGD which is in a completely different sector and it’s doing well. You never know what it’s gonna be; I got lucky. At the end of the day, I got lucky because there could have been something that happened that completely wiped everything out.

“And I have a plan… if it all goes to hell, I know what I’m selling. I could live off of nothing if I have to. I’ll sell all the cars, sell all the everything. And live a very basic life if I have to. This happening has… I’ve always had that in the back of my mind, but this showed me how quickly that could happen. So I’m ready.”

On the protests currently taking place all across America:

“I can’t relate personally, but I understand the frustration. I understand why there are protests. It’s such a dark subject, when you look into what’s causing the frustration, all the cases, all the abuse of power. I would argue that it’s systemic at this point. Not just the cops, but the government and laws that were instituted after Civil Rights to keep black people down. I’ve been sort of seeing it like, so Civil Rights was winning the battle, but [the government is] going to win the war ’cause we’ll just loophole our way into it.

“You look at for-profit prisons and it effectively works out to slave labor. And you realize, wow, they’ve carefully found ways to make sure mostly black people are in there and now you have black people working for $0.30 an hour making products for corporations. They figured out slave labor and a legal way to do it, and a way that’s behind the scenes so we can all sleep at night and think it’s not happening.

“I understand the frustration. I think where I have a tougher time is the rioting, and especially the looting. I don’t have a hard stance on that because I don’t know entirely how I feel. I’m open to both sides ’cause I’ve had discussions with people on both sides and I don’t have an answer there. So I can just say, ‘I don’t know.’ But my instinct is that I don’t like that, because I feel like the grand majority of people are peacefully protesting and it sort of blends in and you get people like, ‘oh those peaceful protesters are the ones looting and causing the chaos.’ and I don’t think that’s the case. I think that the peaceful protesters are the ones doing it right. I don’t think looting is accomplishing anything and it makes the peaceful protesters look worse. It’s a nuanced issue. I don’t think any one sentence can fully express how I feel about it, even just now. And it’s something where I don’t know… I don’t know enough. If there were a hierarchy to looting, if I see a Nordstrom’s or a larger corporation getting looted, I probably feel less bad about that than some of the mom and pop shops I’ve seen, local pharmacies, local shops. In some cases they’re owned by black people which is just insult to injury to these people.

“Again, I don’t feel like I’m in a great place to comment ’cause I’ve led a charmed life. I haven’t had to face racial adversity. Despite being brown, it’s not something I’ve really had to face. So I don’t know. I don’t relate. All I can do is try to emphasize and it sounds fucking horrible.”

Listen to the full interview here or in the embedded audio or video player below.

The new album will be out on March 10.