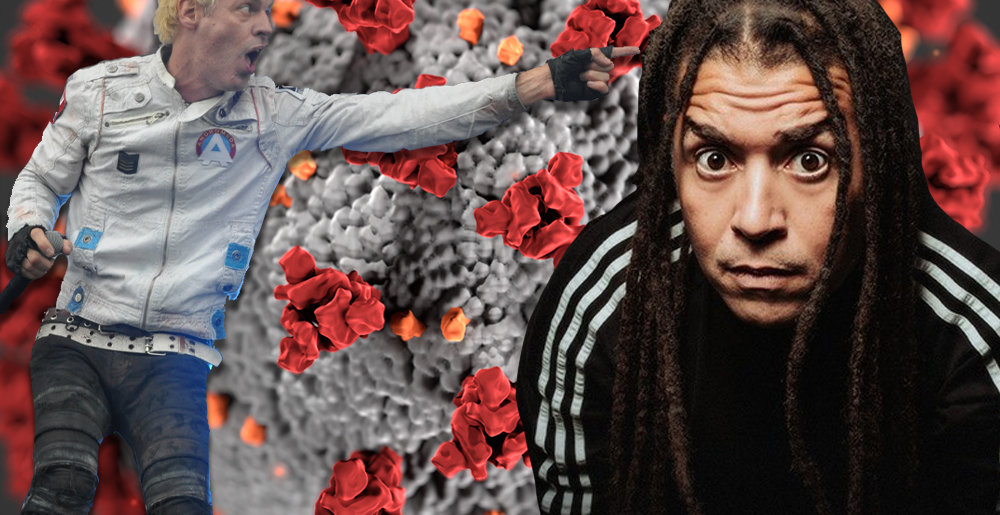 Update, 2:30 p.m.: Adelitas Way have replaced Nonpoint on the bill.

Sorry to disappoint masochistic Wisconsinites who are fans of both torturous music and torturous disease, but I’m gonna call it now: that “Herd Immunity Fest” thing that was announced yesterday is not gonna happen.

To review: the festival is set to take place July 16-18 at The Q&Z Expo Center in Ringle, WI. Bands initially announced to appear include Static-X, Nonpoint, Dope, Bobaflex, Flaw, and, uh, AC/DC and Metallica cover bands. Thing is, Ringle is part of Marathon County, where COVID-19 has recently been on the rise, according to The New York Times. And that’s not even taking into account that it’s probably still too soon to be joking about herd immunity.

Now Nonpoint have dropped off the bill, they say because of the festival’s gauche name, but possibly actually because the event got called out by Powerman 5000 frontman Spider One (né Michael David Spider Two).

Earlier today, Mr. One took to Twitter to shame all of the bands slated to play the festival, saying:

“A bunch of bands that I consider peers and some friends are partaking in a show called ‘herd immunity fest’, which by that title is basically saying to their fans, come see us and we hope you get sick. What the actual fuck??”

Nonpoint subsequently replied, announcing that they would no longer be part of the event:

“Hey brother. Nonpoint is not playing because of the way the festival is named. We have dropped off.”

While The Q&Z Expo Center is still advertising Nonpoint as part of the show, they have also deleted the initial Facebook announcement post. Furthermore, they have released a statement trying to reassure people that the festival is safe, and announcing that the festival will no longer be called “Herd Immunity”:

“For the record the venues land can accommodate up to 10,000 occupancy. This is an OUTDOOR EVENT for 3 Days. We are only selling 20% of that so anyone has the choice and ability to social distance. The Festival is also not called ‘Herd Immunity’ and the name no longer tied to any of our social media or promotion.”

So let’s get a pool going. Will 2,000 people gather in a field to risk their lives in the name of watching Blacktop Mojo and Kaleido? Place your bets in the comments section below.

Tour de Force 0
An Eye is Upon You, Australia: Powerman 5000 Announce a Tonight The Stars Revolt! Tour Down Under
December 27th, 2022 at 3:36pm Hesher Keenan

Watch the skies for them, Australia.

Metal Sucks Greatest Hits
0 -
Report: “The Number of Heavy Metal Bands in a Given Country is Associated with its Wealth and Affluence”
0 -
Photos of Metal Musicians When They Were Kids
0 -
BREAKING: Some Local Band Called Shrapnel are Tired of You Leaving the Show Before Their Set
30 -
Exclusive: Burzum Launches Clothing Line
60 -
BETTY WHITE TOUCHED SLASH’S PYTHON (DON’T WORRY, IT WAS JUST THE TIP)
0 -
Drummer Mark Castillo Receives Cochlear Implant, Quits Emmure