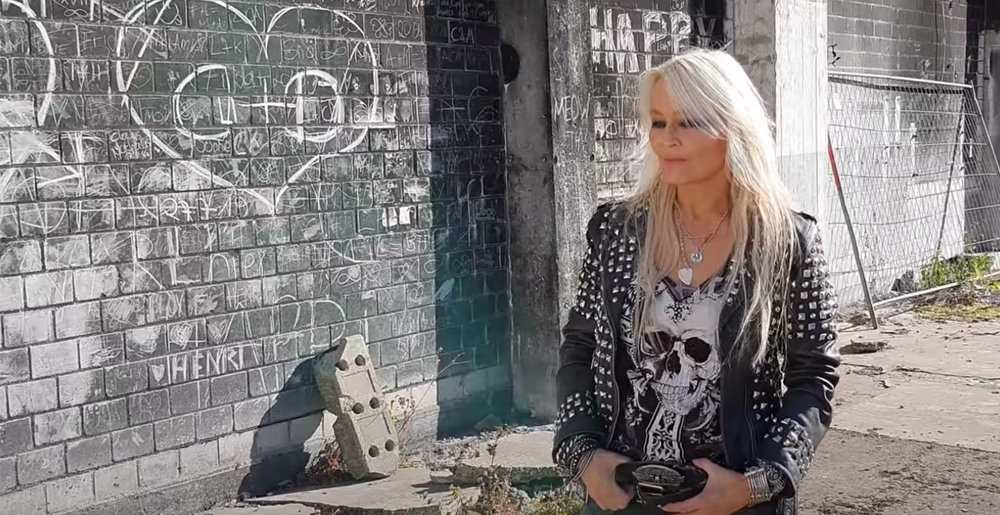 “Brickwall”: Doro Tells Spaces Between Words to Go F*ck Themselves

Doro will not be a slave to convention. She already proved herself a radical by playing the first-ever heavy metal drive-in concert, the fact that it was awkward AF be damned. Now she’s cribbing from the MetalSucks playbook and telling the spaces in-between words to get down off their high horse with a new single, “Brickwall.” The video, which I assume was filmed after the start of the pandemic, is mostly just Doro standing around, looking marginally less ill at ease than she did during the aforementioned drive-in show. On the plus side, the clip allows us to play another round a beloved MS drinking game: take a shot every time you see Doro put her hands on her belt. Because this. Lady. LOVES. Touching. Her belt. In fact, the song should probably just have been called “Beltwall.”

Get a bottle of something and a glass, then hit “play”:

For these fans, that time Doro walked near their car shall forever be a cherished memory.