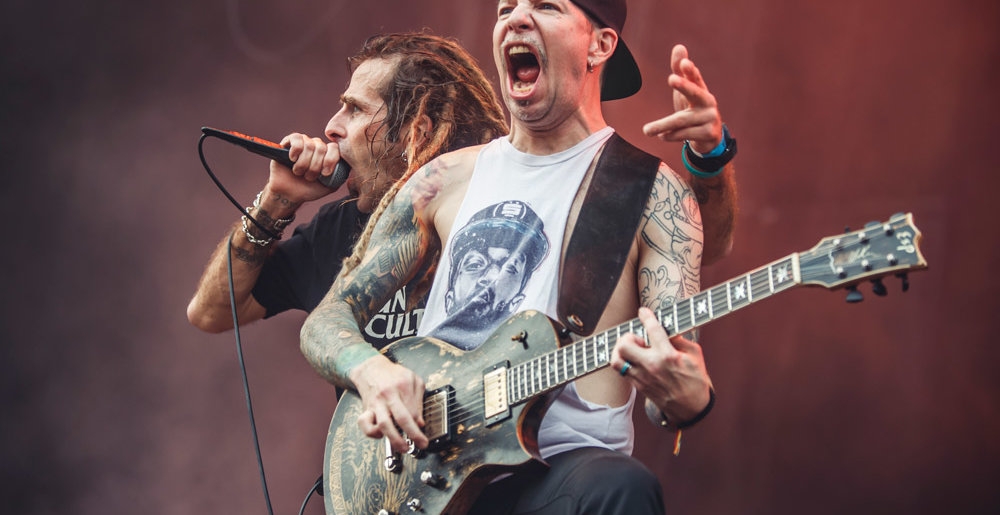 Ever wondered how various artists from throughout the metal and hard rock communities stack up against one another when it comes to YouTube views, Apple Music streams, pure album sales, ticket sales (back when those were a thing… and when they become so again) and other metrics? Stream N’ Destroy is a newsletter that features all of those things and then some. Compiled by metal journalist and manager Ryan J. Downey, Stream N’ Destroy, which arrives a couple of times a week, has quickly become one of our most anticipated reads the moment it hits our inbox.

From time to time we’ll be highlighting excerpts from Stream N’ Destroy here on MetalSucks. And today, in light of the recent release of Lamb of God’s self-titled album — which landed at #15 on the Billboard 200 chart — well highlight the top ten Lamb of God songs of all time according to YouTube views.

While most of the list features songs from the band’s past, things are pretty spread out within that span, ranging from tracks on Ashes of the Wake (released in 2004, added to YouTube in 2010) all the way to VII: Sturm und Drang (2015), which is impressive; no one era of the band dominates the list. One of the top spots goes to a song from the band’s new album, “Memento Mori,” which is also impressive given it’s up against the popularity of the band’s back catalogue. Also neat: a cover of “Ghost Walking” from The Voice of Germany last year made the chart.

To get data insights like these pumped into your inbox on a regular basis, sign up for Stream N’ Destroy right here.

Metal Sucks Greatest Hits
0 -
And Now, Here’s a Couple of Dudes Playing Slayer on Pre-School Instruments
0 -
Exclusive Interview: John Baizley of Baroness on the Bus Crash, Recovery and the Future
370 -
Rigged: Devin Townsend’s Massive Live Rig, Piece By Piece
0 -
Video: A Young Mr. Bungle Play Their High School Talent Show
0 -
Deicide’s Glen Benton Sells Out, Tells Fans to Stop Moshing So Violently
0 -
So As it Turns Out, Banging Your Head a Bunch Can Be Bad for Your Brain