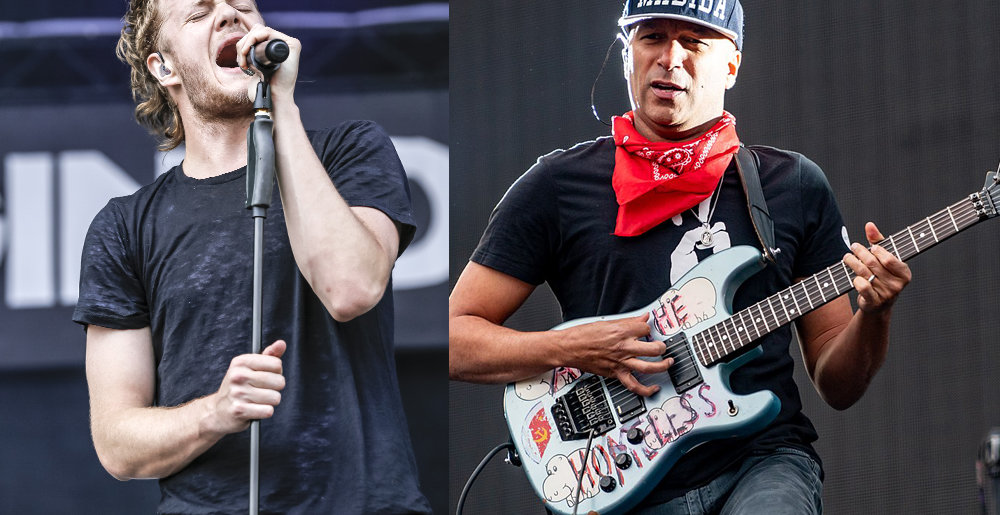 The world could SO use a new Rage Against the Machine song right about now. The band is even charting again! The time has never BEEN more right for RATM to release new material.

Instead we have a new Tom Morello track with the dude from Imagine Dragons.

To Morello’s credit, the track, “Stand Up,” is for a great cause: 100% of the artist proceeds made from the song will be donated to the NAACP, Know Your Rights Camp, Southern Poverty Law Center, and the Marsha P. Johnson Institute. On top of that, Morello’s label, KIDinaKORNER/Interscope, will match the royalties derived from streams of the track for a 3-year period.

But seriously, Imagine Dragons singer Dan Reynold ain’t no Zack de la Rocha. Or Chris Cornell for that matter. Or Chuck D or B-Real. I’m saying he’s the worst frontman Morello has ever worked with.

Still, the song is okay. Reynolds rapping (no pun intending) is pretty embarrassing, but elsewhere, singer and transgender activist Shea Diamond makes an appearance, and she sounds great. The electronic duo The Bloody Beetroots also make some contributions which I didn’t love at first but have grown on me with multiple listens.

You can check out “Stand Up” below. No word on what Corey Taylor thinks, but I can’t imagine he’s feelin’ it.