Metal Sucks
Metal Sucks Cynic’s Paul Masvidal Reminisces About Being in Death System of a Down’s John Dolmayan: “There Is No...
- Tweet SHARE
Enlarge
Metal Legacies 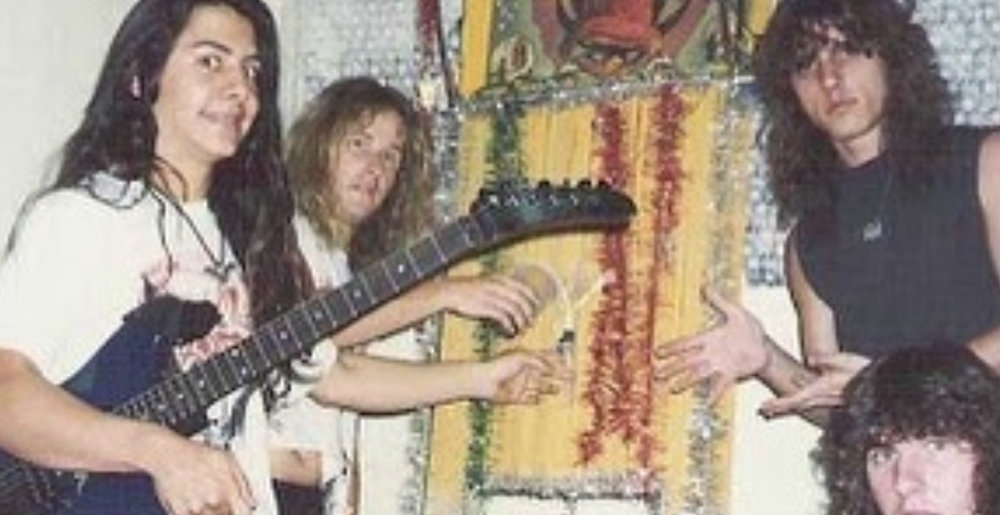 Cynic’s Paul Masvidal Reminisces About Being in Death

Cynic’s Paul Masvidal recently shared an old video of himself performing with Death, plus of a photo of the band at that time, plus this powerful reminiscence, which is a must-read for all fans of Death, Cynic, Masvidal, Chuck Schuldiner, and Sean Reinert:

“I saw some photos recently that roused nostalgic thoughts around the years I played with Chuck and his band, Death. We met through a mutual friend in the underground tape trading scene in the 80’s and connected around music, guitars, smoking grass and a mutual love of animals.

“In 1989, while I was still in high school, Chuck asked if I could perform dates with the group in Mexico City. I had about a week to learn over a dozen tunes, and off we went. Although I had already played numerous gigs with my other group Cynic by then, flying to Mexico City and performing for a sea of insanely ravenous fans at a sold-out arena was mind-blowing for a teenager. On that trip, we did a record store signing and performed live on a Mexican TV show (this video is edited moments from that). Little did I know then that just a few years later, we’d be making the album ‘Human’ together, along with Sean Reinert and Steve DiGiorgio.

“In the song ‘Pull the Plug,’ Chuck sings from the perspective of someone on their death bed being kept alive by a machine:

‘What has now been days, it seems like years; to stay like this is what I fear. Life ends so fast, so take your chance and make it last.’

“When I read those words, I’m reminded of the many people I’ve sat bedside with at the threshold of death, haunted by the fear that they did not live a meaningful life. How often have we been willing to stretch beyond our limits and change, finding the courage to heal our old wounds and become more authentically alive?

“Chuck died in 2001, and my lifelong friend and bandmate Sean Reinert died in 2020. Life lasts only a moment. Who we are is consciousness itself, in human form. The task is to keep one foot on the Earth and your head in the cosmos, to tread with a light and spacious heart, and to know that impermanence is part of this experience. I can enter into this world and care for it lovingly, and at the same time know that it is temporary and will disappear, as I will. Life becomes a precious and rare thing when I remember that.”
——
#deathband
#chuckschuldiner
#impermanence
#teenageyears
——
“Tell me, what is it you plan to do with your one wild and precious life?”
― Mary Oliver

Relive a magical time when Paul Masvidal had long hair below:

It’s been a minute, but they’re back.

Are you ready for some instrumental Cynic?