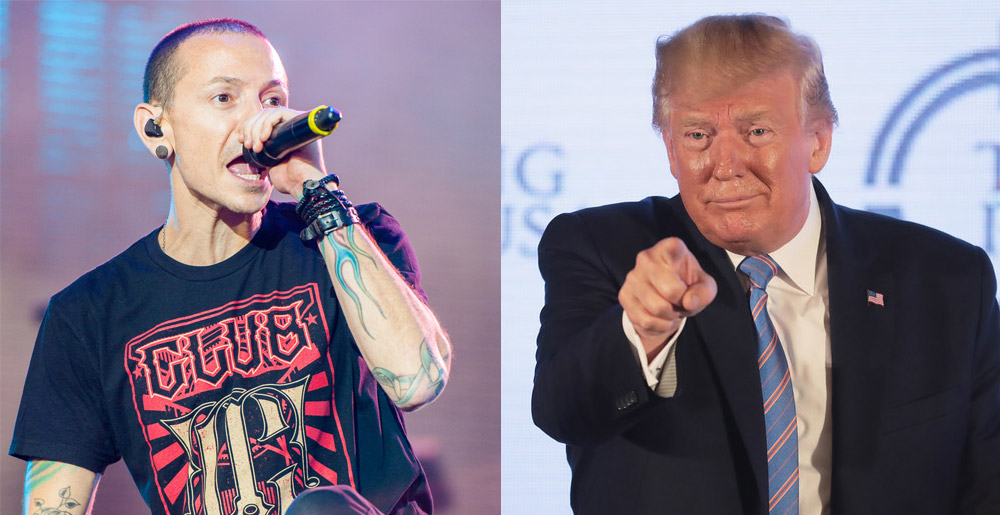 Linkin Park sent a cease and desist letter to Donald Trump after the president used the band’s hit song, “In the End,” in a campaign-style video posted to Twitter last night (July 18). Dan Scavino, the White House Deputy Chief of Staff, posted the video and Trump retweeted it, garnering 3.5 million plays before the copyright claim took effect and the video was pulled down.

Linkin Park subsequently issued a statement distancing themselves from Trump:

“Linkin Park did not and does not endorse Trump, nor authorize his organization to use any of our music. A cease and desist has been issued.”

Six months before his death in 2017, late Linkin Park frontman Chester Bennington tweeted his distaste for the current president, saying:

“I repeat….. Trump is a greater threat to the USA than terrorism!! We have to take back our voices and stand for what we believe in”

Several other notable hard rock and metal musicians have had similar experiences with Trump using their music without authorization, including Ozzy Osbourne, Guns N’ Roses and Twisted Sister.

Sponsored Links from Across the Internet
Show Comments
Related Articles
Hair Metal Happy Hour 0
Dee Snider Says He Can’t Stop Far-Right Candidate from Playing Twisted Sister: “I Can Not Legally or Morally Stop Her from Using or Singing My Song
July 29th, 2022 at 12:45pm Em Shadows