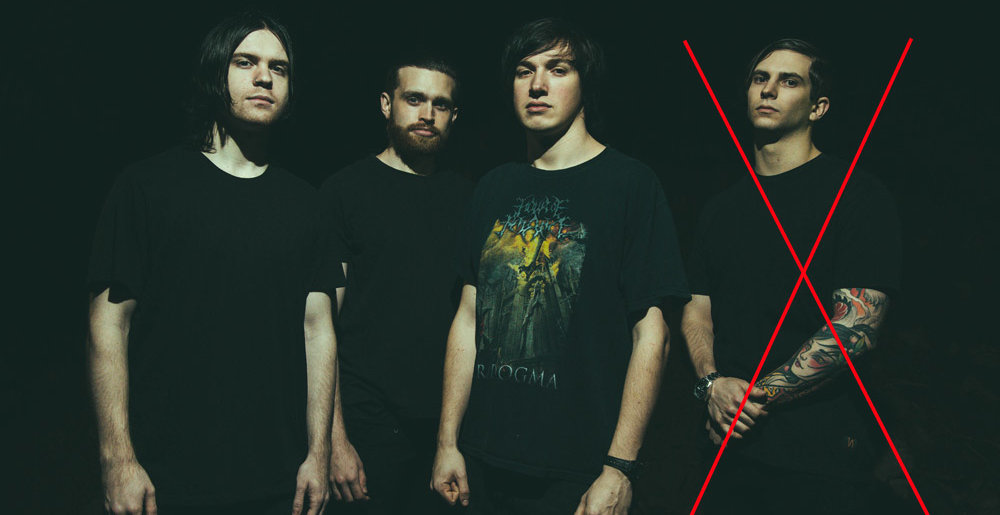 MS contributor Phil Boozeman had been leaning on me to check out Shadow of Intent’s latest album, Melancholy, for months and months both before and after its release, and like I chump, I didn’t. At some point I finally did, and I gotta hand it to the guy: the album’s a true slapper. Sure, you’ve heard many of these modern death metal tropes before, but not in a way that’s composed and arranged as expertly as the tracks on Melancholy.

Yesterday Shadow of Intent announced they’ve got a new drummer, Bryce Butler (ex-The Faceless, Abigail Williams) — who served as the band’s touring skinsman on the entire Melancholy album cycle — and released a live video of the album track “Gravesinger” featuring his performance to go along with it.

The band issued a statement on Facebook announcing the swap, including some words from now-former drummer Anthony Barone:

“Today we must announce that we have parted ways with our friend and drummer Anthony Barone. His contributions to the band have been amazing and we have no doubt he will have an incredible future in whatever path he follows. Anthony’s statement can be seen here:

“’Unfortunately, the time has come for me to part ways with Shadow Of Intent. Recently I chose to pursue some other opportunities that began to interfere with my commitment to the band. So, I’ve decided it’s best that they continue on without me. I want to thank everyone who has supported me during my time with Shadow, and I wish them nothing but the best moving forward!’

“With that being said, we are very pleased to announce our friend Bryce Butler will be taking over the drum position as of today. Bryce has been our touring drummer ever since Melancholy was released and has absolutely nailed our drum parts for every show we’ve had with him. Some of you may have seen Bryce performing with groups such as The Faceless, Galactic Empire, or Abigail Williams. We are very excited to see what he brings to the table musically for the band and we are very excited to continue working on the next record with him.”

Check out the live “Gravesinger” vid below.

Sponsored Links from Across the Internet
Show Comments
Related Articles
Cinemetal 0
Shadow of Intent Share New Video for “Of Fury”
January 18th, 2022 at 9:06am MetalSucks

Their latest album, ‘Elegy,’ is out now.

Podcast 0
Shadow of Intent Guitarist Chris Wiseman on The MetalSucks Podcast #420
January 11th, 2022 at 8:40am MetalSucks

We discuss their new album, 'Elegy,' the pros and cons of self-releasing, and why signing to a label feels like "giving up."

New Stuff 0
Whitechapel’s Phil Bozeman Guests on Shadow of Intent’s New Track, “Where Millions Have Come To Die”
October 29th, 2021 at 11:38am MetalSucks

Shadow of Intent have released “Where Millions Have Come to […]