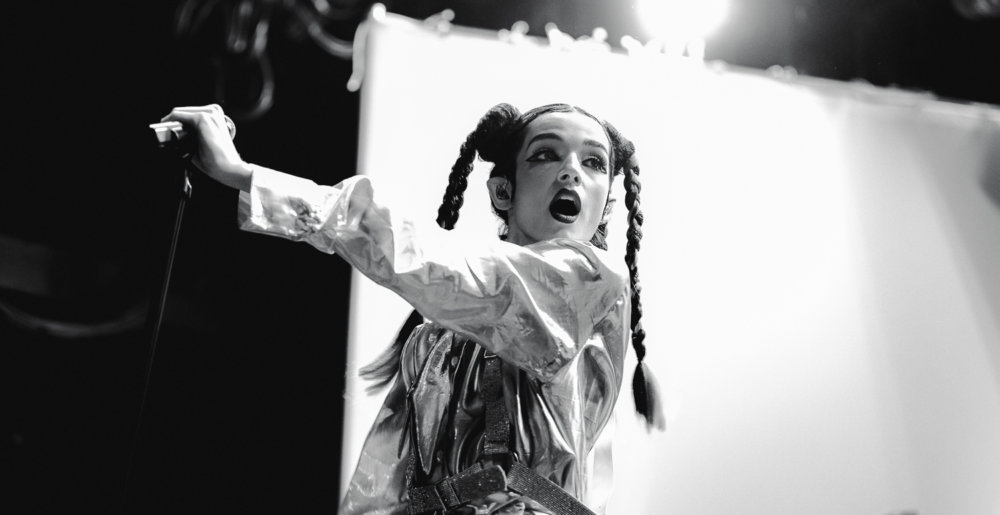 I Disagree (More), the reissued and expanded version of the pop-turned-metal singer’s early 2020 release, I Disagree, is out today. Which means we can finally hear three of the four brand new songs included on the reissued edition of what will surely be one of my year-end favorites (the fourth new song, “Khaos X4,” came out last month).

The three songs in question are titled “If it Bleeds,” “Bleep Bloop” and “Don’t Ask.” I’m just now hearing them for the first song, but by initial take is they’re very much in the vein of the rest of the material on the album: mostly metal, with traces of Poppy’s pop history. “Bleep Bloop” in particular is grabbing my ear with a stutter-step, almost industrial backbeat and feel. “Don’t Ask” is more of a ballad, and I’m digging this one too.

You can order I Disagree (More) on vinyl here.

Metal Sucks Greatest Hits
0 -
Who are teh “BIG FOUR SCENE BANDS”????
0 -
Video: Jon Bon Jovi Struggles to Sing “Wanted Dead or Alive” During Last Week’s Raleigh Show
0 -
Former Attack Attack! Bassist John Holgado is the Stupidest Human Being Ever
0 -
Give a Heavy Metal Valentine’s Day Card to Someone You Love
0 -
Is Facebook Trying to Extort Bands and Brands?
0 -
36 Seconds of Hell on Earth: Video from the Guitar Center Grand Opening in Times Square