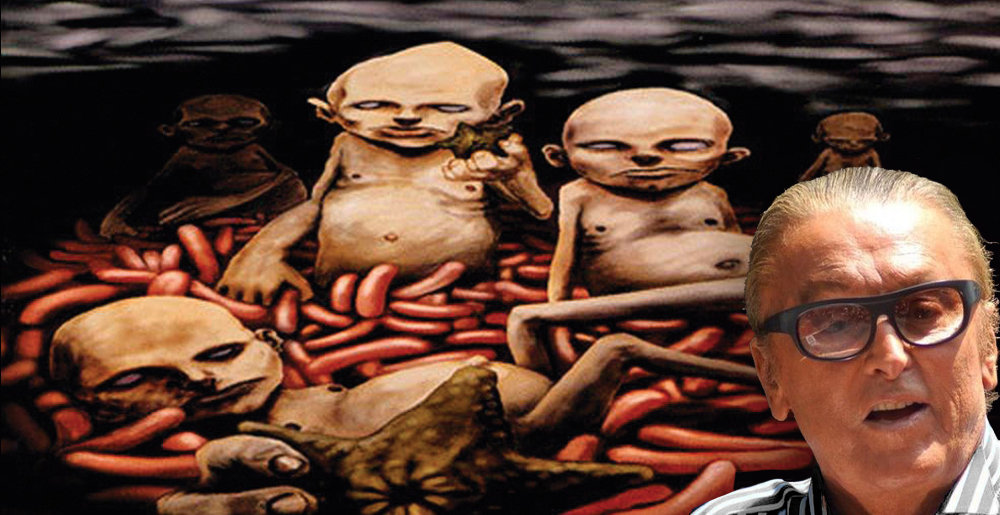 I had a bit of a gambling problem in the late ’90s, and at some point, I found myself in deep with with the most vicious bookie in the music biz: Jimmy Iovine. He promised to forgive all my debts if I produced some band that had just had a hit doing a song by one of the kids from Wham! or a-ha or Duran Duran, I forget which. It may have been Take That. He played me the song. It was terrible. He explained to me that it was some kind of joke, but I didn’t get it.

Point is, I found myself in a studio with the band. They were called Limp Bizkit. They explained to me it was some kind of joke, and it dawned on me that they might not know what a joke is.

The singer was this guy in a backwards red baseball cap. We all know who that turned out to be, of course: Robert Durst, who would go on to kill a lot of his wives, as well as John Travolta’s career. In those days, though, he was just an unfriendly, egotistical, socially inept, possibly illiterate kid we called “Bobby.” Actually, the band called him “Fred.” It was some kind of joke. I didn’t get it.

The guitarist was this really depressed-looking guy. He was sitting on the couch glumly, his head in his hands. “Wes,” he said. “I’m sorry.” I didn’t know what he was sorry for, but I came to learn that he apologized a lot. Maybe it was some kind of joke I didn’t get.

The next guy said he was DJ, because back then bands had DJs sometimes. His name was Leor, and told me he’d been in that rap group that did “Jump Around,” but I didn’t recognize him from the music video. I think it was some kind of joke. I didn’t get it.

The bassist and the drummer were there, too. I think their names were Sam and Joe, or Dan and Jack maybe? Something like that. They were pretty quiet though. I think Bobby said “They don’t talk good,” which I assume was a joke that I didn’t get.

“I listened to your demo,” I said.

It took about three months to make the album. I could have done it faster but I didn’t want Jimmy to think he wasn’t getting his money’s worth. Things went pretty smoothly with Sam and Dave or Dave and Buster or whatever their names were. Then Wes came in. Sweet kid, but also kind of a pain in the tuchus. Like I said, he apologized a lot. In fact, he said “I’m sorry” after every take. At some point I started to realize he wasn’t make some kind of joke I didn’t get.

Then the DJ came back. I had no idea what the fuck to do with that guy so I just let him do whatever he wanted, figuring we’d cut most of it out in the mix. Turned out I was wrong. “You’re supposed to hear him,” Bobby explained. “I’m sorry,” Wes said. I said, “This must be another joke I don’t get.”

Bobby recorded his parts last. Everything he did was awful. At first I was pretty hard on him. But after spending a week hearing his lyrics day in and day out, I realized that Jimmy must be in debt to HIM, because that was the only explanation for why he’d agree to work with this band. So after that I started being nicer to Bobby. It was easy if I just pretended he was a child afflicted with a terminal illness.

I never spoke to the band again after we finished recording, didn’t go to the mixing sessions, never listened to the damn thing. I figured there was no point if it was all some joke I didn’t get.

People said the album was terrible, which I know was true even without ever having heard it. But it debuted at #1 on the charts and sold a million copies its first week and not only did Jimmy forgive my debt, he bought me a new lawn fountain. So a lot of people got the joke after all I guess.

Metal Sucks Greatest Hits
0 -
Twelve Reasons Babymetal are the Single Best Thing to Happen to Metal in the Past Decade
250 -
Worst Year Ever: All of Our 2011 Year-End Sh*t in One Place
0 -
The Red Chord’s Guy Kozowyk is a Police Officer Now
0 -
Exclusive Interview: Damien Echols of The West Memphis Three on His Life After Death
1,3240 -
Wes Borland: Still Cool In Jakarta
0 -
That Time Shaun Got Drunk and Filmed a Music Video with His Cat