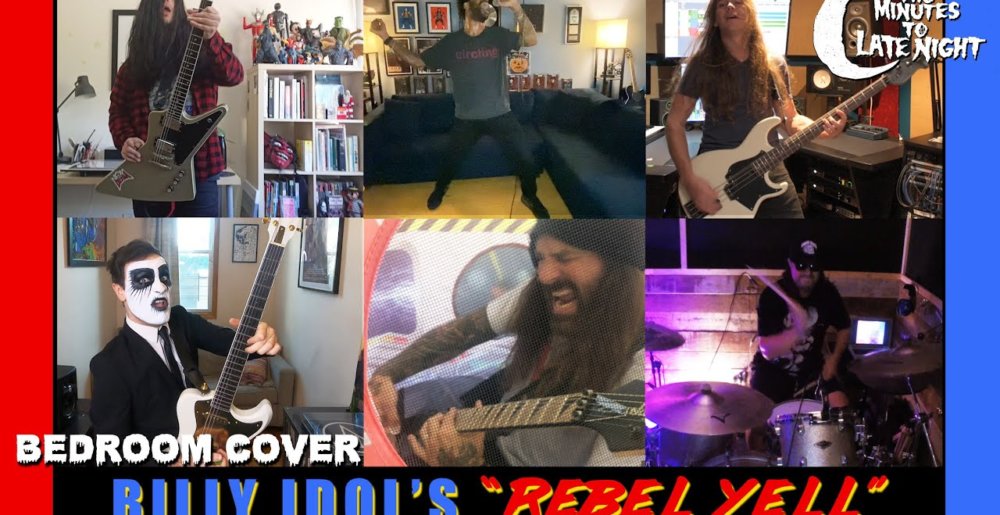 Two Minutes to Late Night host Jordan “Gwarsenio Hall” Olds is back with another quarantine cover featuring a slew of notable metal musicians. This time the group has tackled Billy Idol’s “Rebel Yell” heavied up as you’ve never heard it before, and the rendition features:

Check it out below, and be sure to watch some of the previous entries in the Bedroom Covers series here. This is the 20th entry in the series, and if you’d like to see more in the future we highly recommendation contributing to its Patreon right here!

Metal Sucks Greatest Hits
710 -
Metta Mind Journal with Cynic’s Paul Masvidal: Hair Identity and Being Yourself
180 -
On U.S. Vs. European Record Release Dates
0 -
Nazi Imagery: Why Watain and Marduk Don’t Get a Pass While Slayer and Metallica Do
400 -
Danzig is Just Cleaning Up His Motherf*cking Bricks, Bitch
9630 -
Fred Durst: Still a Moron
660 -
KNEEL BEFORE THE POWER OF ELEPHANTS MARCHING RIFFS