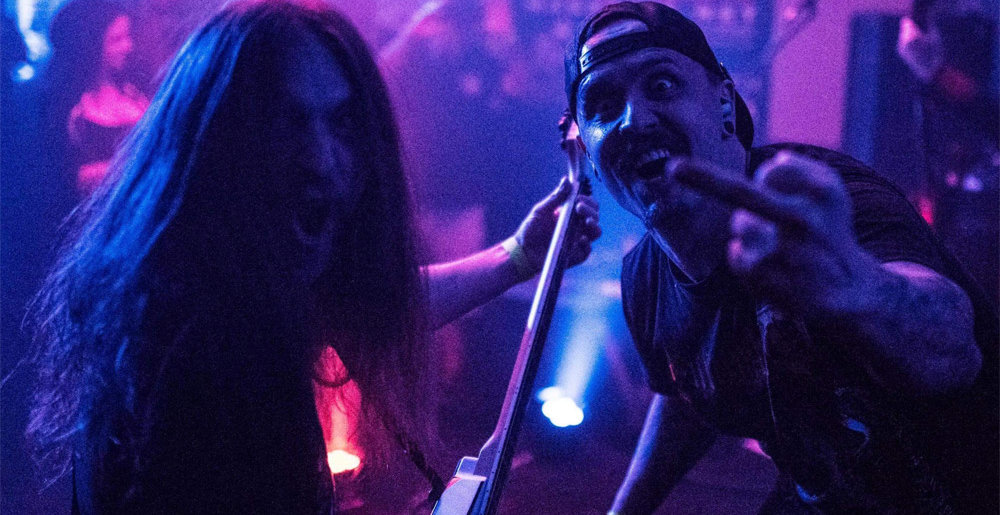 Half of Massacre Just Quit the Band, Call it a “Dictatorship” Run by Kam Lee

Nordberg and Kling, who also play in The Absence together, published a joint statement about their departure via press release, directly calling out Lee as operating under a “paranoid delusion” that the two were attempting to take over the band, and calling it a “dictatorship” and “unhealthy relationship.” The statement reads in full:

“Well this comes as no surprise… I have been Kam Lee’d. I had been warned by many people and I set aside all of the rumor mill whispers, in hopes of creating quality Florida death metal.

“A warning to anyone who may work/associate with him, I would highly consider against it or you will certainly be writing a message similar to this one. I can almost guarantee it.

“It is with both regret and relief that we announce our departure from Massacre.  To everyone who warned us a year ago when we joined the band: you were right. It has been a year of severe ups and downs and unfortunately it has become a working environment we cannot be a part of any longer.  What was presented as a democracy turned out to be a dictatorship with an excruciating lack of communication. We will not stand by and have our reputations meddled with by childish behavior.  We present ourselves as professionals and bring 110% of our beings into all of the projects we have. We wrote and presented 14 songs for the band’s new album, provided our contacts in the industry which we have naturally/organically procured through our years of touring, only to be accused of trying to take over the band, which is a paranoid delusion.  It is also unfortunate that a certain individual refused to speak on the phone to us to discuss any issue of the band, but we have no choice but to bow out of this unhealthy relationship.  We apologize to our fans and the Massacre fans that they will not get to hear the new album we wrote for the band…at least not as a Massacre album.  We cherish our time spent with Michael Borders and wish him the best of luck in his future endeavors.”

We’ve been fans of Nordberg and Kling’s work in The Absence for a very long time and always look forward to hearing more from them, which will presumably now happen sooner rather than later without Massacre requiring their attention. As for Massacre and Lee, well, it’ll be interesting to eventually hear the record Nordberg and Kling wrote for them even if that experience will be tainted.

And to any musicians who end up being approached about joining Massacre, thinking it’ll somehow be different for you… maybe don’t, because it won’t?

“I guess that was actually a bad choice of wording.”

He also claims he was denied an interview in the Death documentary for admitting that.

Metal Sucks Greatest Hits
0 -
36 Seconds of Hell on Earth: Video from the Guitar Center Grand Opening in Times Square
370 -
Rigged: Devin Townsend’s Massive Live Rig, Piece By Piece
0 -
I Am The Working Class: The MetalSucks Interview with Fenriz
0 -
Former Attack Attack! Bassist John Holgado is the Stupidest Human Being Ever
0 -
The 110% Totally True Confessions of a Left-Wing Conspirator
0 -
Editorial: Your Dead Metal Heroes Were No Angels