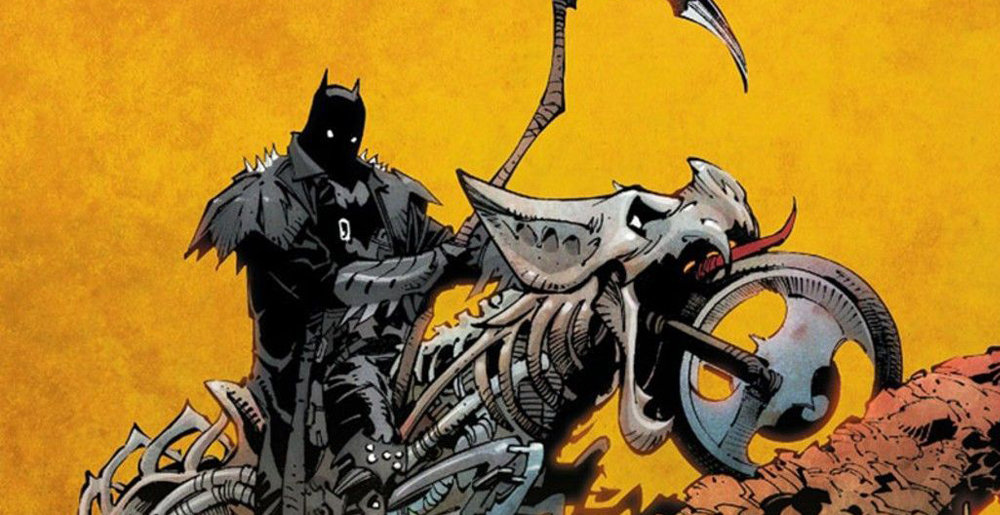 I have not done the best job keeping up with DC Comics’ Metal titles/storyline/universe, despite being a DC Comics nerd and a huge fan of writer Scott Snyder and, of course, artist/known metalhead Greg Capullo (who has also designed album covers for Disturbed). Which I mention only because I cannot really tell you what the what is going on in the first episode of Dark Nights: Death Metal, the new animated series the comics publishing giant is producing with Loma Vista Recordings. Batman is there and The Batman Who Laughs, a kinda Batman/Joker hybrid from an alternate reality, is also there, and the two of them are in some kind of conflict. That’s about as much set-up as I can give you.

I can tell you that, true to its name, Dark Nights: Death Metal is metal as fuck, for the following reasons:

You can watch the debut episode of Dark Nights: Death Metal below. The soundtrack doesn’t have a release date yet.

It’s their first studio recording together in 15 years.