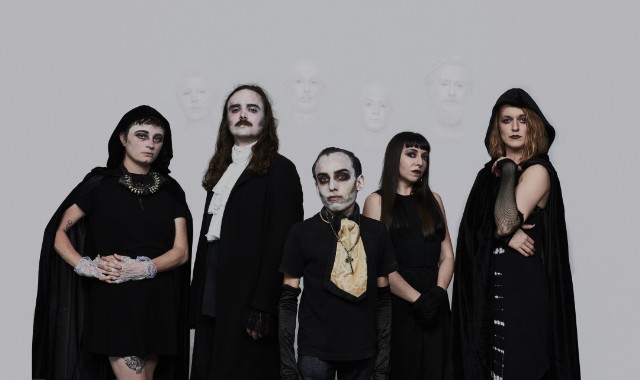 Thou Release Cover of Alice in Chains’ “Them Bones”

And they’re not even making an Alice in Chains tribute album (that I’m aware of)! The “No Excuses” recording was for a covers compilation, A Primer of Holy Words, which also featured the band’s heavier-than-heavy interpretations of songs originally by bands like Black Sabbath, Soundgarden, Peal Jam, and Minor Threat.

The “Them Bones” recording, on the other hand, comes from Magnetic Eye’s upcoming Dirt [Redux], which will re-create the entire 1992 classic with an impressive array of artists, including Khemmis (whose version of “Down in a Hole” has already been released), These Beasts (ditto their take on “Sickman”), -(16)- (“Hate to Feel”), Low Flying Hawks (“Dam That River”), and more.

So I guess Thou are justing having an Alice in Chains-y season.

ANYWAY, the “Them Bones” cover is good, although the band hasn’t quite made it their own to the same degree that they did with “No Excuses.” The tuning is lower and it has death metal vocals and somewhat, uh, dirtier production, but it’s basically the same song. Even the guitar solo stays fairly true to the original.

Which isn’t terrible — I like Thou, and I like Alice in Chains! — but the best part of the recording, by far, comes before the first verse, when the band added their own unique flourish in the form of feedback-dominated pause right before the song really starts rocking. It makes me wish they’d added a little more of their own flavor.

It’s still worth a listen, though! Check out Thou’s Alice in Chains’ “Them Bones” below. Dirt [Redux] comes out this Friday, September 18; pre-order it here.

Tags: alice in chains, Thou