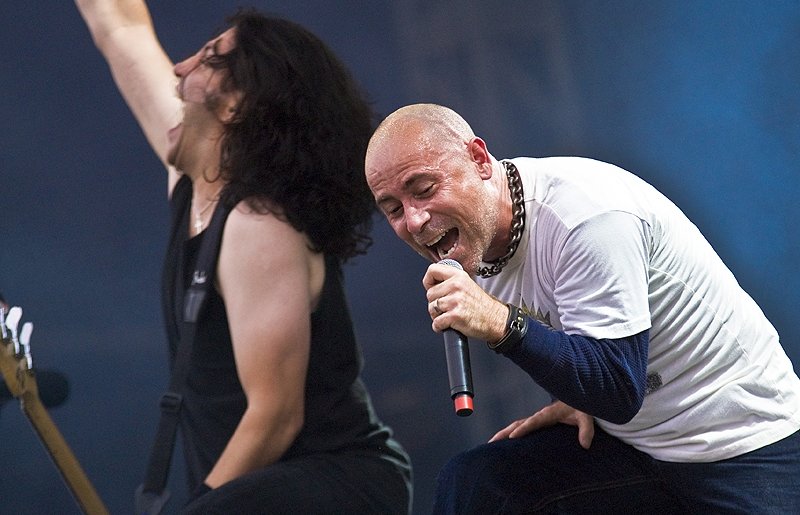 Bush discussed the possibility during a recent interview with Eonmusic. The interview was meant to help promote Armored Saint’s new album, Punching the Sky, which comes out October 23 on Metal Blade.

“There is something cool about, well, White Noise, I guess in 2023, that would be 30 years [since its release], so you know, who knows? Maybe something in conjunction with that, at that point. And White Noise came out in ’93, and We’ve Come For You All came out in 2003, so it was 10 years later, so there’s an anniversary of both of those albums, because they both fall on the same year. So, I don’t know.”

The singer also expressed interest in doing the tour with guitarist Paul Crook, who contributed leads on two Anthrax albums from Bush’s era: Stomp 442 (1995) and Volume 8: The Threat Is Real (1998).

“I said something about wanting to do it with Paul if I did it, because I really love Paul. He’s a really great guy, he’s an amazing player, and he was involved in those couple of records. And I just like him as a person; he’s just one of the nicest guys and fun to be around.”

In an ideal world, what would happen in 2023 is some sort of Anthrax tour uniting Bush with his predecessor and successor, Joey Belladonna — which actually almost happened once, back in 1999, after the release of Return of the Killer A’s. That compilation included a cover of the Temptations’ “Ball of Confusion” featuring both vocalists.

Still, even if were “just” a Bushthrax solo tour, well… I can think of a pair of handsome, worldly bloggers would be the first in line.