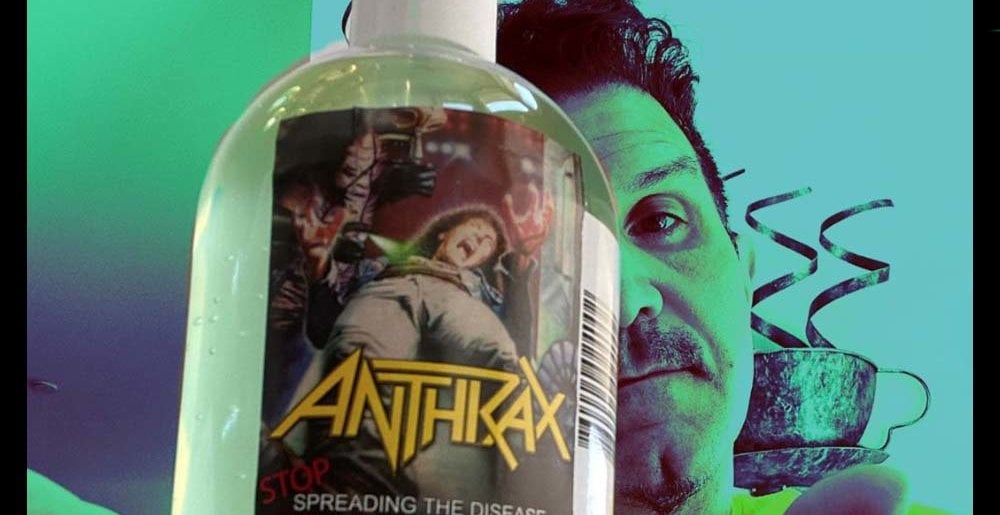 Here’s an idea so obvious, it’s hard to believe it took someone so long to think of it: Anthrax have announced their own line of hand sanitizer, which will be called — what else? — Stop Spreading the Disease.

Drummer Charlie Benante made the announcement on Instagram last night. While I initially assumed it was just a gag, apparently it’s a really real thing — Blabbermouth says that the hand sanitizer “will be made available soon via Global Merchandising Services, which represents the worldwide merchandising rights for the band.”

For the product’s label, the band appears to have made a slight change to the iconic cover of 1985’s Spreading the Disease, with the (presumably diseased) man on on a stretcher getting sprayed down with what we can assume is some sort of disinfectant, instead of being examined with a radiation monitor.

I think this is a brilliant idea — if it gets even one Anthrax fan to do even just a little bit more to help stop the spread of the pandemic, it will have been worth it.

No word on when the hand sanitizer will officially be available, but we’ll be sure to keep you updated.