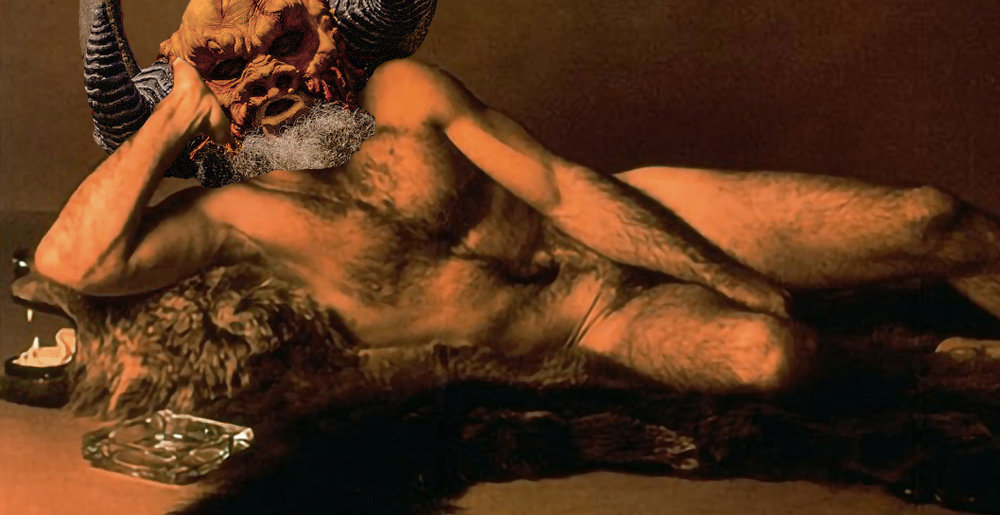 I know what you’re thinking: “This is gross, why is MetalSucks writing about this shit,” etc. But wait — it’s not quite what you think!

Blöthar, you see, did not concentrate on normal sex scenes… he honed in on sex scenes with non-humans. Because of course of he did!

“As far as creature goes, I always like the movie Sausage Party where you have all the weird food sex going on. You’ve got the hot dog bun and the taco. Who sees that coming?”

He went on to note the infamous marionette sex scene from Team America (2004) the political satire of Hollywood action movies from South Park creators Trey Parker and Matt Stone:

Other sex scenes giving the quartet-of-oversized-phalluses-up by Blöthar: The Naked Gun (1988) and the famous three-breasted woman from Total Recall (Blöthar, for his part, prefers six his partners be six-breasted).

He did finally turn his attention to human sexuality, and what he had to say was surprisingly beautiful:

“GWAR obviously is about transgression and transgressiveness. We don’t discourage humans from expressing their sexuality. GWAR certainly has a wide range of fans whose sexuality I think covers pretty much the entire spectrum and we’re proud of that. We’re proud that we give something that people of all persuasions, stripes, interests that they can attach themselves too.”

Which is not to say that GWAR themselves will go anywhere near people themselves:

“However, GWAR ourselves, humans are a little too gross for us. They’re far too fragile for GWAR. Like I said before, two boobs? What are you gonna do with that?”

You can watch the entire interview below.

Cinemetal Reviews 0
Review: This Is GWAR Is a Powerful Story of Artistic Moxie, the Dream of the ’90s, and Latex Dongs
July 22nd, 2022 at 10:20am Emperor Rhombus

The new documentary gives fans the human experience beneath the foam rubber and fake blood.

Metal Sucks Greatest Hits
0 -
The Secret 2 a Successful Career in Music
0 -
Twelve Reasons Babymetal are the Single Best Thing to Happen to Metal in the Past Decade
0 -
Navy SEAL Team Six Member: “I Wore My Demon Hunter Patch When I Blasted Osama bin Laden”
0 -
Rigged: Luke Hoskin of Protest The Hero
0 -
I Watched Rock of Ages so You Don’t Have To
0 -
BREAKING: Joey Jordison Back in Slipknot as Percussionist!