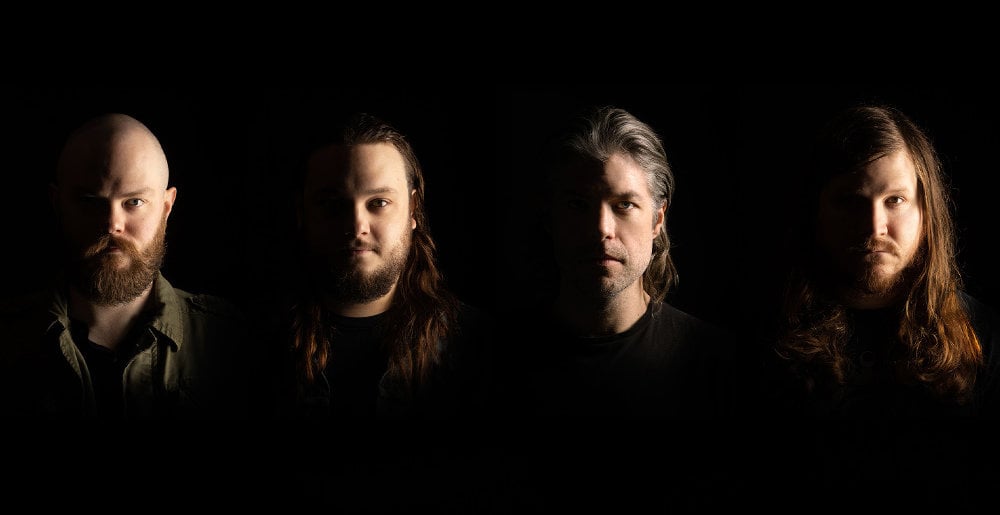 Pallbearer vocalist/guitarist Brett Campbell was our guest on a recent episode of The MetalSucks Podcast to discuss the band’s new album, Forgotten Days, among other topics.

Campbell had a lot to say about why Pallbearer chose to work with producer Randall Dunn (Sunn O))), Wolves in the Throne Room, Boris, etc.) this time around instead of self-producing like they had in the past, and what their working relationship with Dunn was like:

“Yeah, in terms of the production aspect, we [self-]produced all of [our previous albums]. Billy Anderson did our second album but for the most part it was engineering more so than producing it. He didn’t really have a whole lot of input on ways to arrange or anything like that. To his own experience, I’m sure he would say he had to do some fucked up stuff. [laughs] Too many guitar layers, and we had all these grand ideas how we wanted to produce the album and the poor guy was like, going along with us and just ended up having to do some really ridiculous stuff. The whole thing was fun, it was a blast with Billy, he’s a funny dude.

“But Randall, for the first time, handled a lot more of the production aspect. In the past, for literally everything else we’ve ever done, we would go in ourselves and have long chains of effects and fuzzes and stuff and just dial in guitar sounds for fucking ever. And just layers and layers of different things, it just came from what we heard in our head and wanted to put down, sonically, as a record. The way to get there was completely on our own roadmap. But Randall pretty much handled that himself, for the most part, on this one.

“We worked together in the past. He mixed ‘Dropout,’ a single of ours from a couple years ago, and he did live sound for a short run with us. We really hit it off and had similar approaches to how we record and the methodology behind getting the kind of sounds we do and so, I was like, ‘Well, shit. This is great.’ A dude whose own normal method is how we approach recording so that will cut a step out of the production process. He already knows and likes to work the same way we do so we won’t have to try to describe what we want to him ’cause thats just what he does. So that was pretty nice and he likes nasty sounding organic sounds, so we knew that he would approach things in a kind of dirtier sort of way.”

Listen to the full chat with Brett right here or below.

Metal Sucks Greatest Hits
0 -
What in the Mother of F*CK Did I Just Watch???
400 -
Danzig is Just Cleaning Up His Motherf*cking Bricks, Bitch
0 -
Anthrax’s Frank Bello is Really Excited to Be Here, Not at All Concerned About Swallowing Bugs
0 -
Elvira Defends Rob Zombie’s Munsters Casting: “Sheri Is Freaking Adorable as Lily Munster”
0 -
Video Footage of Emmure’s Frankie Palmeri Getting Electrocuted On Stage in Russia
0 -
Report: “The Number of Heavy Metal Bands in a Given Country is Associated with its Wealth and Affluence”