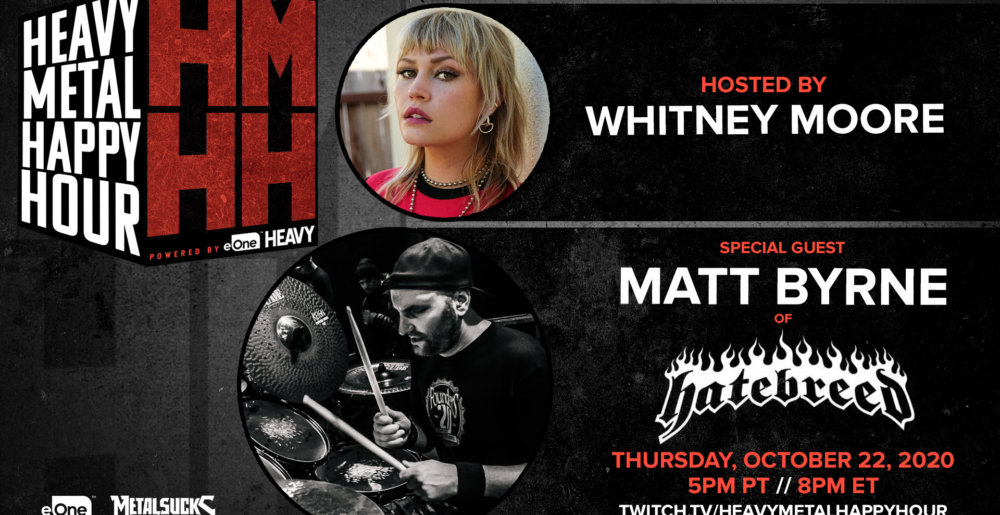 Whitney and Matt will talk about how Matt’s been keeping busy during quarantine, Hatebreed’s latest activities, and whatever the heck else they want as Whitney spins metal tunes while fans ask questions and chat with Matt and one another.

Tune in to Heavy Metal Happy Hour via Twitch on Thursday, October 22, at 8pm EDT / 5pm PDT! The broadcast runs for an hour. Don’t be late! And don’t forget to bring something delicious and alcoholic to drink!

Here’s a clip from last week’s episode of Gwarsenio talking about his love for Samhain: