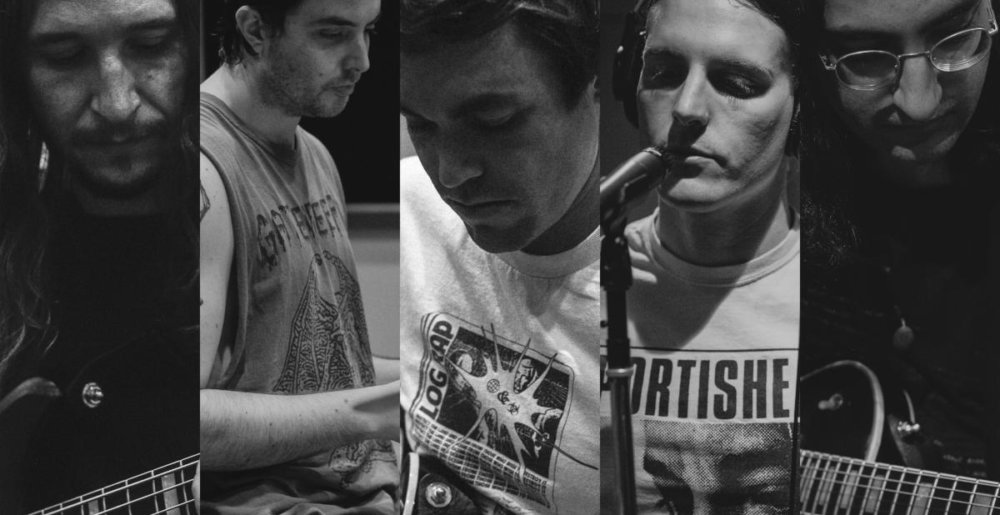 Deafheaven have announced 10 Years Gone, a collection of live recordings from throughout their decade-long career. The first song to be released from the set is also the first the band ever wrote, “Daedalus,” from the appropriately titled 2010 demo, demo, and the release covers material through their most recent album, Ordinary Corrupt Human Love (2018).

“Earlier this year we intended on celebrating the 10th anniversary of the Deafheaven demo released through Bandcamp on June 1, 2010 with a tour of North America with our friends Inter Arma, Greet Death and All Your Sisters. Unfortunately, we couldn’t fulfill that tour because of fallout from the Covid-19 pandemic. To rebound from the financial and morale hit, we put together an album of the set we intended to perform.

“Revisiting the songs in this studio sessions format with Jack Shirley at Atomic Garden reminded us of how important these years have been. I’m thankful we were able to give songs like ‘Daedalus,’ the first we wrote, and other favorites like ‘Vertigo’ and ‘Kettle’ new power after so many years of playing them. They made me think of the people who played on them with us. For the first time we’ve included information on who played on what tracks and when they were originally released. We included thank you-s in the liner notes to these musicians who’ve spent time with this project, on tour or on record and all of the touring crew, label support and management support who have helped us this past decade.

“We’re thankful we were able to do this project and that fans have stuck with us as we make new music for 2021. Thank you for helping us move forward and I hope you enjoy this record as a small interim in the Deafheaven story. We’ll see you soon.”

Have a listen to “Daedalus” below. 10 Years Gone comes out on December 14 and can be pre-ordered here.

Here’s your guide to all of this week’s heaviest new releases! Includes Between the Buried and Me, Deafheaven, Wolves in the Throne Room, and more!!

Metal Sucks Greatest Hits
30 -
Exclusive: Burzum Launches Clothing Line
0 -
Watch This Kid Perform Europe’s “The Final Countdown” Entirely with Hand-Farts
0 -
Worst Year Ever: All of Our 2012 Year-End Sh*t in One Place
0 -
Video: Killswitch Engage’s Adam Dutkiewicz Wins Everything on The Price is Right
0 -
Phil Anselmo on Hearing the End of Pantera’s “Hollow” for the First Time: “I Was Floored…”
0 -
G.O.A.T. and Your M.O.M.’s “Quack like a Duck” Justifies Humanity’s Entire Existence