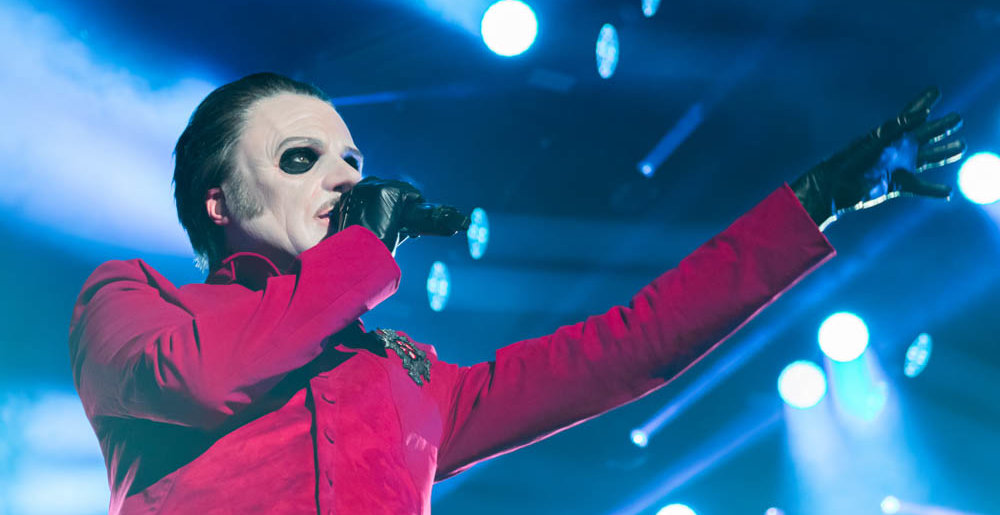 Earlier this month, a Swedish publication conducted an interview with Ghost mainman Tobias Forge that the band would be forging ahead (pun intended) with their plans to release a new album this winter after spending most of the year writing and recording.

Now, in a new interview, Forge says that the plan is to record in January and release the album in late 2021. Was the initial report cited above old info? Did the plan change in just a couple of weeks’ time? Or was something simply lost in translation from Swedish to English?

Either way, the newly revealed timeline is now gospel, which means we won’t be hearing any new Ghost music ’til mid-2021 at the earliest. What’s more, Forge says he doesn’t want to put out an album if the band can’t tour due to lingering effects of the pandemic. So for all we know late 2021 could turn into early 2022 or even later.

“The idea is for the album to be recorded in January. The actual recording will last around six weeks and then there’s two to three weeks of mixing and mastering. So sometime in March the record should be finished, but it won’t be released until after the summer. As it looks now, knock on wood, we will then go on tour. We won’t release an album until we know that we are actually going on tour. The album release will coincide with the start of a tour. Of course, we could announce an album release date and then, for some reason, it might not be possible to tour, but that’s a whole other matter.”

Last year, Forge had indicated that he didn’t want to release a new Ghost album until after the 2020 U.S. Presidential election, not wanting to compete for peoples’ attention. That the pandemic has pushed back that timeline even further certainly doesn’t come as a surprise. And it definitely won’t be shocking if that happens again.

Sorry, folks! I wish I had better news.

Metal Sucks Greatest Hits
0 -
Which Bands are “The Big Four of Death Metal”???
0 -
Will People Please Shut Up About the “Fake Amps on Stage” Debate?
0 -
It’s Official: There is Too Much Slayer Merchandise
0 -
Photos of Metal Musicians When They Were Kids
0 -
Carcass’ Swansong: A Newbie’s Retrospective Review
0 -
Video: Vocalist Performs Ten Styles of Metal, Complete with Appropriately Silly Lyrics