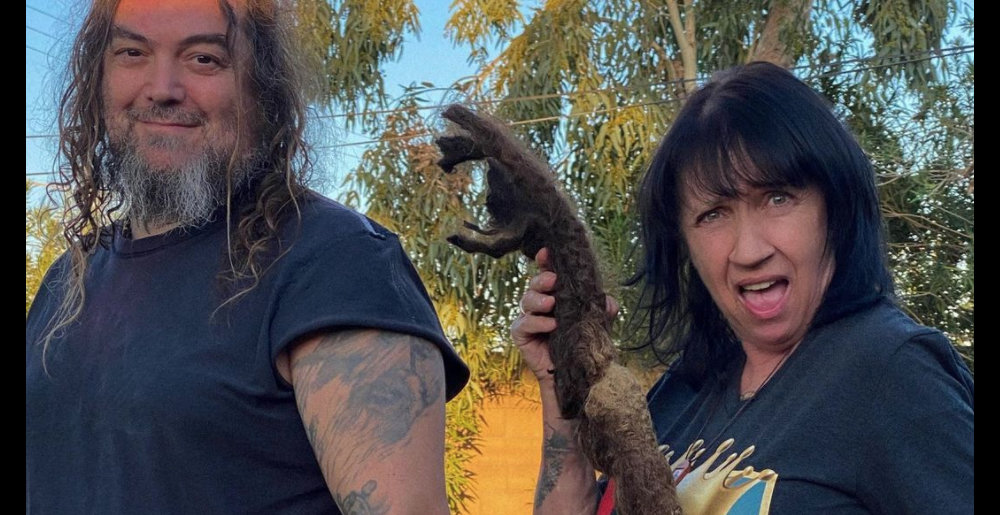 My initial thought upon seeing this photo was, “Why are Max and Gloria Cavalera posing with a dead weasel?” But then I realized it’s not a dead weasel — it’s Max’s single, massive dreadlock, which he’s been growing for more than two decades.

Understanding that Gloria is holding a massive chunk of matted hair and not a deceased varmint, however, only raised all kinds of additional questions for me. Questions like:

While you ponder those mysteries, Killer Be Killed are getting ready to release their sophomore album, Reluctant Hero, on November 20. You can check out the most recent single and music video, “Dream Gone Bad,” here.