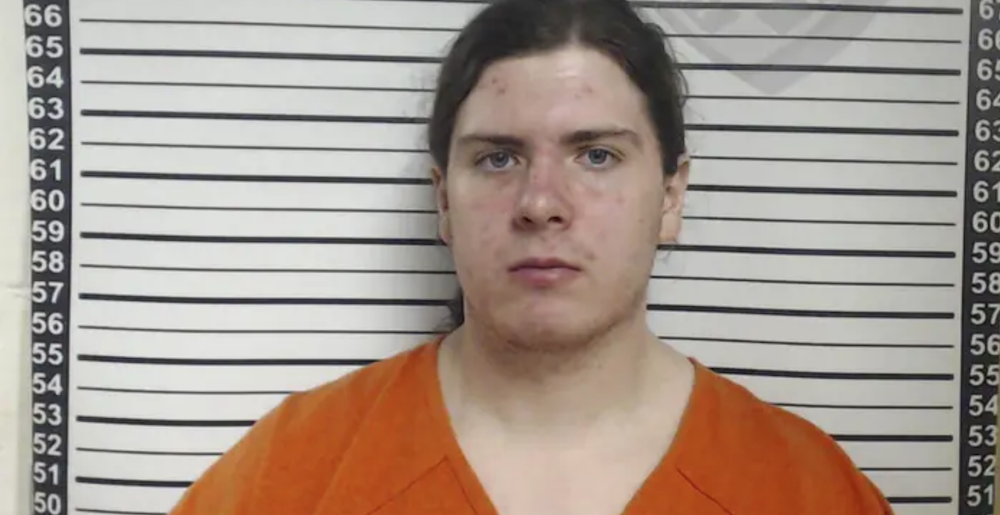 Holden Matthews, a Louisiana black metal musician who was arrested last year for burning down three predominantly Black churches in St. Landry Parish, has been sentenced to 25 years in prison for his crimes.

Matthews, who is now 23 years old, plead guilty to federal hate crime charges in February, specifically three counts of violating the Church Arson Prevention Act and one count of using fire to commit a federal felony. In his sentencing, which was handed down on Monday, November 2, Matthews was given 300 months imprisonment followed by three years of supervised release, as well as ordered to pay restitution to the three congregations whose churches he burned down: $590,246 to St. Mary Baptist Church, $970,213.30 to Greater Union, and $1,100,000 to Mt. Pleasant.

Matthews set the fires over a 10-day period in March and April of 2019, completely destroying all three buildings. Investigators were able to track him down after finding a gas can left at one of the crime scenes that was traced back to a local Walmart and linked to his credit card.

Prosecutors said that Matthews, who is the son of a St. Landry Parish deputy, claimed he set the fires because of the buildings’ religious character “in an effort to raise his profile as a ‘Black Metal’ musician by copying similar crimes committed in Norway in the 1990s.’” They elaborated that he took photos and videos of the churches as they burned and posted them to social media in an effort to promote himself to the back metal community.

Assistant Attorney General Eric Dreiband of the Civil Rights Division in the Western District of Louisiana explained the historical significance of the churches Matthews burned down, saying:

“These churches trace their origins to the post-Civil War Reconstruction period and, for generations, were a place for predominantly African American Christians to gather, pray, worship, and celebrate their faith. The churches survived for nearly 150 years but did not survive this defendant’s warped act of hatred. I extend my sympathy to the victims of this defendant’s arson spree, the congregants of Saint Mary Baptist Church, Greater Union Baptist Church, and Mount Pleasant Baptist Church. The Justice Department will continue vigorously to protect their right to worship and live in peace. The Justice Department stands against these acts of hate and the sentence handed down today reflects that. We will continue to protect the civil right of Americans to freedom of worship without fear of persecution.”

“The members of St. Mary Baptist Church, Greater Union Baptist Church, and Mount Pleasant Baptist Church are the ones who have suffered the most from these heinous crimes and have lost not only physical buildings, but sentimental items that cannot be replaced. The sentence handed down today will not bring their churches back but should send a clear message that there is a high price to pay for this type of destruction and violence and these type of crimes will not be tolerated by this office.”

“ATF, working alongside our law enforcement partners, was able to bring our expertise and resources to investigate the arsons that threatened the well-being of St. Landry Parish. That collaborative effort led to a successful investigation and today’s sentencing of Holden Matthews, and allows the residents of St. Landry Parish to continue to worship without fear of an arsonist in their midst.”

“A cornerstone of our constitution is the Freedom of Religion and the right to practice your faith freely and without intimidation. Matthews’s acts of threatening and intimidating an entire community by setting fire to three historically African American churches were unspeakable. We hope that today’s sentencing brings a level of comfort and satisfaction that justice has prevailed for the parishioners of St. Mary Baptist Church, Greater Union Baptist Church, and Mount Pleasant Baptist Church as well as for all of the citizens of St. Landry Parish affected by these heinous acts.”

According to The Sentencing Project, nearly 68% of the prison population in Louisiana is Black.

You can watch a news report on the sentencing from local news station KATC below.

Sponsored Links from Across the Internet
Show Comments
Related Articles
Breaking the Law 0
Louisiana Arsonist Burned Churches “to Raise His Profile as a Black Metal Musician”
February 11th, 2020 at 8:00am MetalSucks

And he is not wrong.

21-year-old Holden Matthews appears to be an admirer of Varg Vikernes.